Grand Theft Auto V players will be happy to know that Rockstar Games will once again host a special Independence day event in GTA Online which will feature some special rewards along with Independence day themed vehicles, weapons and patriotic clothing and accessories.

Another startling thing about this event is that a special Playlist will be available from Friday till July 4th in Grand Theft Auto online. The jobs included in this Playlist will feature double cash and RP payouts, as compared to standard payouts, for those who complete them. Players will be able to select these jobs directly from GTA Online’s menu. 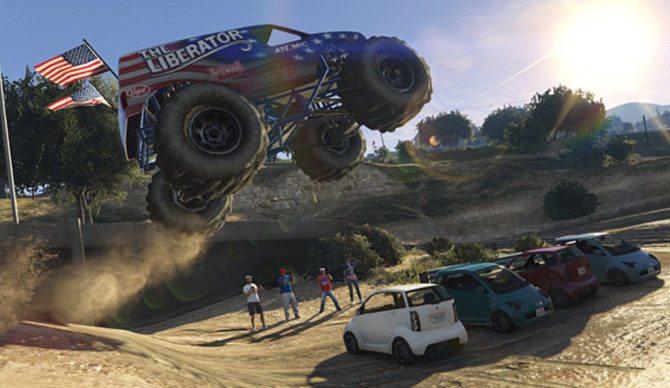 Players can also compete in standard game modes, such as Death Match and Race Objective. Road Tripping, Across the Wilderness and Tour the Lake will be the highlights of the Playlist. You can have a look at a short description about these three jobs below.

“Road Tripping – Road trips aren’t just three gallon energy drinks, sex with truck drivers, and voiding your bowels on the side of the highway. They’re a great American tradition. Celebrate it with this death match along Route 68 — frantic team skirmish among motor hotels of Southern San An “

“Across the Wilderness – Discover the great outdoors like your pioneer ancestors did before you, even if that means killing whoever gets in your way. An off-road point to point Race through the Paleto forest with a large jump.”

“Tour the Lake – From sea to shining sea – appreciate the scuzzy, meth ravaged, recession-beaten beauty of this great nation with a point to point for Sovereign bikes. Starts at the Alamo Sea and ends at the Alamo Sea.” 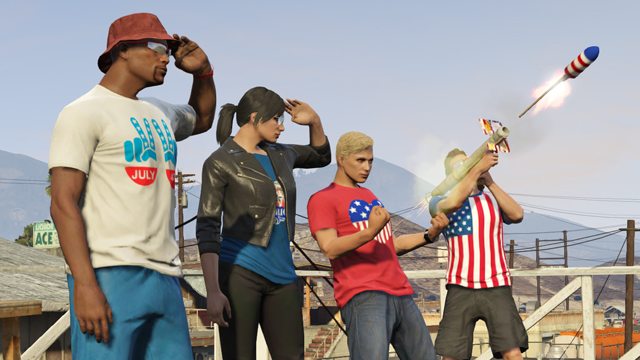 Along with this, items from the previous Independence day events will be also available. In addition to this, players will be able to buy their favorite clothing items and accessories at a discounted rate.