In the previous month, Rockstar Games announced that a new update for GTA Online will be released sometime in June 2017. At that time, only a few details about the update were known, like it will be titled as “Gunrunning” and will release sometime in the next month. Last week, Rockstar revealed some screenshots from the update, and today, they have released a brand new set of screenshots and some additional details regarding the upcoming Gunrunning update. 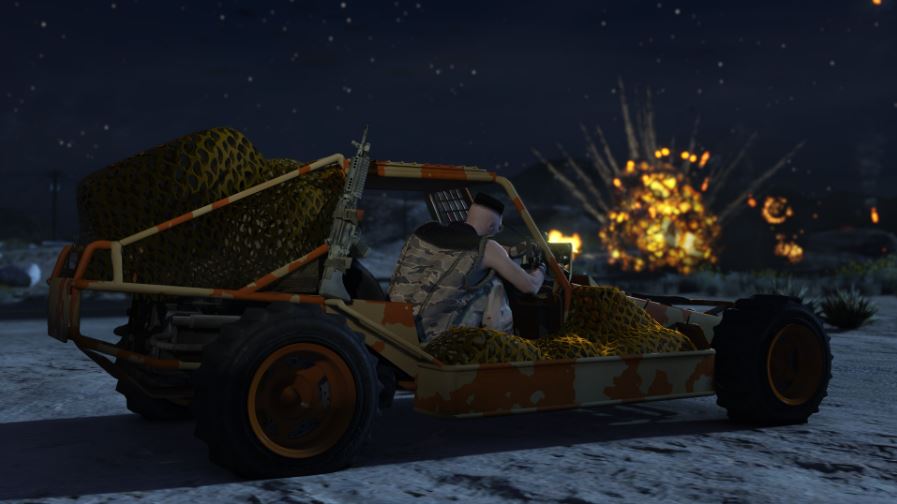 The Gunrunning update is going to change the gameplay experience of players in GTA Online. In addition to a full-blown enterprise consisting of a hidden bunker, a mobile operations center, a research staff which will help you on various stages, players will be able to drive weaponized vehicles. By using these facilities, players will have to move weapons from one place to another, and of course, they will get paid for this. Here’s what the upcoming Gunrunning update of GTA Online is going to feature.

Along with this, to get fans hyped up for the upcoming update, Rockstar has also released a brand new set of screenshots. The screenshots released give players a glimpse at what they can expect to see in the upcoming Gunrunning update of GTA Online. Have a look at the new screenshots below and see what you’re waiting for.

Grand Theft Auto V is now out on the PC, PS4, PS3, Xbox One and Xbox 360. GTA Online is the online portion of the game, which is currently one of the most popular multiplayer games out there.

Let us know if you’re excited about the Gunrunning update or not in the comments below.