GTA Online is the multiplayer portion of Grand Theft Auto V and is one of the most popular ones out there. Its popularity can be seen from the fact that Rockstar Games is continuously releasing new updates for it from time to time and today, they have released a new update which brings a new in-game sale and adds three new maps to the head-to-head mode. 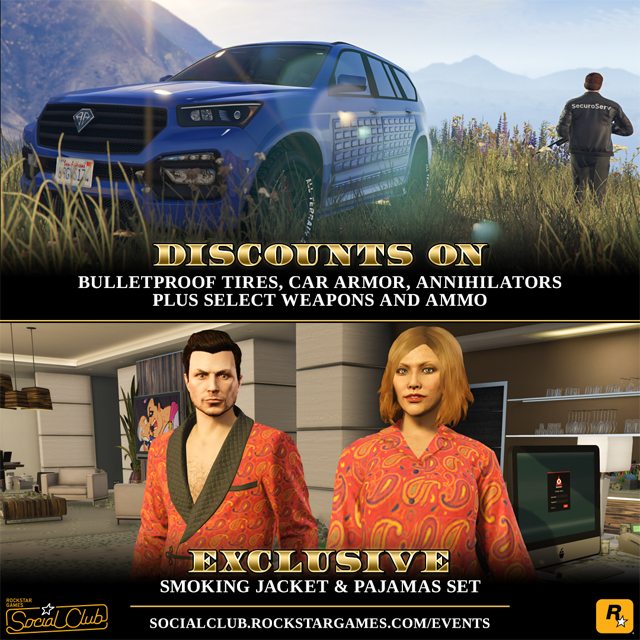 Along with this, an in-game sale in GTA Online recently went live, which is offering discounts on a number of weapons, clothes, vehicles and vehicle parts. Players can save 25 and 50 percent while purchasing car armor and bulletproof tires. Along with this, players can get 25 percent off while purchasing the Annihilator helicopters. As for weapons, the ammunition is currently offering 25 percent off on some weapons. Below is the list of items available at the ammunition with a discount. Keep in mind that the sale will end on June 20, so be sure to grab what you want before it ends.

Grand Theft Auto V was released on September 17, 2013 for the PC, PS4 and Xbox One. An update for the game, titled as Finance and Felony, was released a few days ago on all three mentioned platforms.