Developed by Rockstar North and published by Rockstar, GTA IV is part of the next generation of GTA games. This game is a crowning achievement of both design and gameplay. The game does the best job in recreating a living city, which has so many things to do. With an engaging story and character, this game takes the GTA series to new heights. And it seems Rockstar still can’t have enough of it, so they decided to release a new patch.

GTA IV new patch is out after 6 years

Rockstar added error code “WTV270” to indicate a problem with connecting to Windows Live Sign-in Assistant / Games for WindowsLive Servers. They added Windows 8, 8.1, and 10 to compatible OS check. They added Display Controller image in Controller Configuration. There were minor performance optimizations as well.

The general consensus is that most people found GTA IV to be far too realistic. Especially as a follow-up to San Andreas, where the gameplay is the farthest thing from reality, but this is also what makes it fun. But either way, the gameplay of GTA V is just all around better. GTA IV felt extremely limited compared to a PS2/Xbox game, which should absolutely never be the case for a PS3 or 360 game.

People like to hate on this game now but they are forgetting the new things that were added that made the game so much better. Cell phones, internet, a cover system, and simply looking at the world with better graphics. What made this game so good were the advancements and the story. People that like to go out in GTA and just blow stuff up didn’t like this because it wasn’t ridiculous enough, and they wanted more saints row 4 kind of stuff. 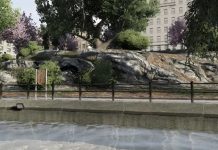 GTA 5 DLC Plans to Include Liberty City? Or Is This GTA 6? 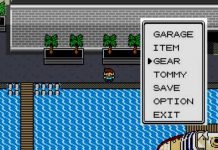