GTA V has become a haven for stunt performers, and this latest compilation of stunts features nothing but a Vespa scooter (or well, its equivalent in GTA V, the Enduro). Dark Stunter, the performer in this video, wears a black helmet and drives his Vespa across a series of what appears to be shipping containers suspended in the air. 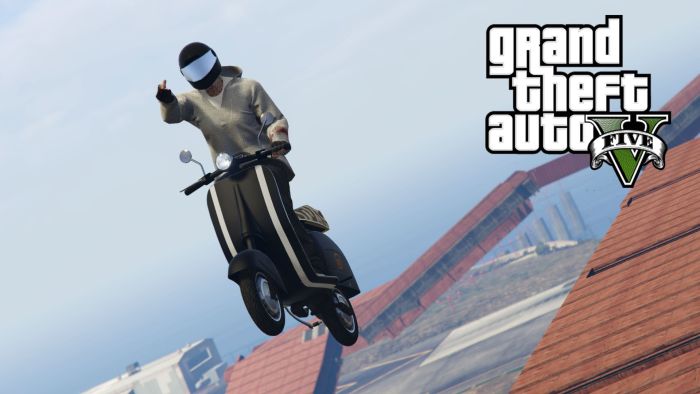 The video was uploaded by channel EvolveStunting, which is not about actually about evolving stunting in the biological sense, but rather about evolving stunts in GTA V and beyond. And some of the videos really area mesmerising to watch, such as the ones with this moto bike. It’s fascinating to watch the skill and dedication it must take to mastering these stunts: not unlike performing stunts in real life.

Grand Theft Auto V was released in 2013 for the PS3 and Xbox 360, followed by an enhanced release for the PS4 and Xbox One in 2014, and a PC release finally in 2015. Check out the video below, and be sure to let us know what you think in the comments below. And if you can perform mad stunts like these, get in touch!