Rockstar has decided to further whet the appetite of its online fans with an all new second update to GTA 5 Online event. The weekend bonus started yesterday with double GTA$ and RP in all Adversary Modes including brand new Drop Zone and Races, as well as great deals on gear needed for some of the new activities.

Fans can access the online event from their GTA 5 launch Screen and will be available all weekend. Completing all three Jobs in the Playlist comes with fantastic prices which include Sticky Bombs, SMG Ammo, and Grenades. These events will pitch fans against each other. 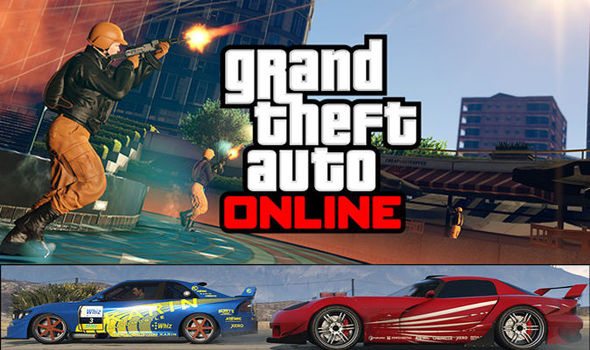 50% taken off Paratrooper Gear: Paratrooper gear is getting 50 percent off this weekend and this will come in handy in the Drop Zone. “Stock up on Parachutes and Parachute Smoke to perfect your landing approaches in Freemode. Parachute Bags and Bulletproof Helmets are also available at half off all weekend.”

25% taken off Garage Properties: It will be the best time to grab the new Sultan RS and Banshee 900R or any other automobile you have eyed for so long. “If you’ve been scouting new neighborhoods with extra room for those prized rides, then now is the time.” These slashes will remain until midnight Sunday for Xbox One, PS4 and PC Rockstar said.

The first Update note officially released by Rockstar to the GTA 5 Online Title Update 1.32 has shown to include new vehicles and bug fixes for Xbox One, PS4 and PC.

Remarkable changes made are; Bodyguards will receive a notification when the VIP changes the name of their Organisation. Also, there is a new roof option available for the Mamba, which can be purchased from Los Santos Customs. The more obvious improvement include the Karin Sultan ($15,000) and Bravado Banshee ($102,000) being added to Benny’s Original Motor Works website. Both can be upgraded to a custom variant but can’t be given hydraulics mods as they are not Lowriders.

The basic changes made by GTA Online Title Update 1.32 on PS4, Xbox One and PC includes:

According to Rockstar, the Drop Zone will see teams of paratroopers jump from Cargobobs hovering above and race to the ground to seize and maintain control over a small exposed patch of terra firma. Drop Zone will also feature 5 maps; Pillbox Hill, Richman College, Elysian Island, the Mirror Park cul-de-sac and the Sisyphus Theater.

However, a Reddit user has made strong claims to having discovered Rockstar plans to the forthcoming Valentine’s Day DLC in the new patch files. There is no confirmed release date but what may be true is the brands of clothes that may be unleashed which includes red leopard stocking, scarlet lace panties, and a red heart lace bustier.

A discovery worth a mention is the remodeled Albany Roosevelt car, with the possibility of being customized at Benny’s Original Motor Works.

A tagline with the car reads “They don’t make them like they used to, which is a good thing because here at Albany we’ve completely run out of ideas. Lovingly remodeled, with room for a new suite of personal modifications, the latest edition of our class Roosevelt represents a new height of criminal refinement, taking you back to the golden age of fraud, racketeering, and murder when all you had to worry about were a few charges of tax evasion.”