All the GTA 5 Online fans are in for a special treat as the new update for the game is just about to land on PS4, Xbox One, and PC. In addition, the Red Dead Redemption mod for GTA 5 Online has been canceled; the lead programmer has confirmed it recently.

The latest update for GTA 5 Online was confirmed earlier this month, however, the release date was not revealed. The exact time for the launch of the new update is still not known but it’s confirmed that the update will be launching this week.

Most of the information about the upcoming update is held back by Rockstar. It’s highly possible that a new special vehicle will also be part of the update. In addition, the new Camera mode is also going to be part of the game on April 25th, 2017. This new camera mode will change the perspective back to the traditional top-down one. This camera mode was earlier featured in GTA, GTA London, and GTA 2.

Furthermore, a new adversary mode is also reportedly becoming part of the game in next big update. This means that a new Retro inspired racing event will also be part of the game in near future. Check out the following trailer released by Rockstar if you want to know more about the Tiny Racers mode.

In simple words, the Micromachines style gameplay will be offered in the Los Santos setting. This will eventually allow the development team to create more new content for the PS4, Xbox One, and PC.

New Maps along with the new content creator tools are also believed to be releasing in the next few weeks. These new entries will flesh out the Tiny Racers mode. 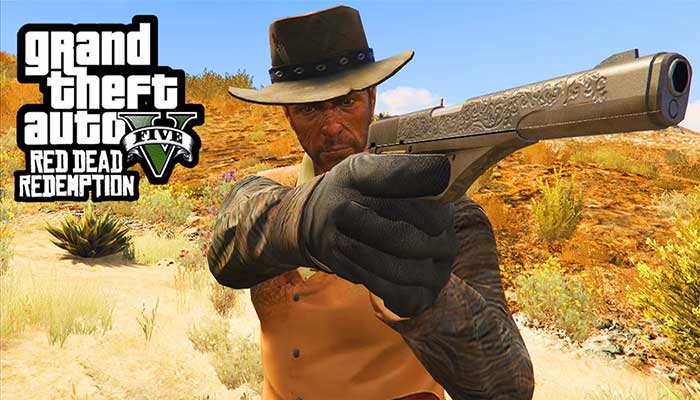 I know this is a hard pill to swallow, but as you may have noticed we did get contacted, and we sadly have to say we are stopping this project.

“So thanks, guys, we were all so happy to see this, but it isn’t going to happen, sorry.

Moreover, the official trailer for the RDR project was also taken down from the YouTube. This further confirms that the Red Dead Redemption mod is canceled.

The lead programmer also said that the RDR V mod was only supposed to be used with the game’s Single-player campaign.

The RDR V mode is now officially off the hook, but another big mod is currently in works. The new mod will focus on bringing the Liberty City to the existing Los Santos map.