MobiPicker
Games Console Gaming GTA 5 Online Biker DLC Glitch Allows Players To Make Millions During...
Share on Facebook
Tweet on Twitter
Deal Alert: 49% Off on ExpressVPN
Touted as #1 VPN in the world, ExpressVPN is now offering 49% off & an additional 3-months of service on its annual plans.

GTA 5 Online Biker DLC Glitch allows you to make millions in cash than you normally would. We’ve been doing the Biker money making missions for a long time. However, the maximum you could ever get is 420,000. But there is a glitch that allows you to get even more. This was recorded by two players on Reddit.

Logged off, spent some time outside and then I came back at night.

Logged in, played for a while then went to eat. Left it in story mode in the meantime

Came back, played for a while with some friends, then I went to my cocaine lockup and it said I had full product (impossible since after the supply run I was at 1 bar of supplies) but the product value was at $2,240,000. Went to the computer and the full sale was at $3,360,000.
I immediately joined my friend’s party and got them in my session ASAP, we got four kurumas and went with the sale. When we got there, BAM, $3.729.600

I just can’t believe it yet, I have the selling website screenshot and maybe my bank account record for proof (edit: my shopping spree made it impossible for me to check on my transaction log but i took a short clip of me showing the website on my clubhouse, showing only one successful sale and $3.729.600 of earnings, will upload it tomorrow since it’s 5:30am and i need some sleep)

This appears to be an overall product sold value glitch that gets into current product value. As explained in another Reddit post.

“I get done with re-supplying one of my businesses until my cocaine lockup gets raided by the police. So, me being the entrepreneur I am, I kill the pesky cops until I take a look in the lockup to see something a little different..

You see, the value what I have now should be WAY lower than that. I figured it was just some visual glitch. And will probably fix itself when I view the selling rates on the laptop..

Nope, it wants to sell double that in Los Santos. And being the greedy son-of-a-bitch I am, I grab a buddy of mine. I hire a few randoms to do it and really see if it’s too good to be true. It was excruciatingly painful to see randoms messing around the sell mission but they managed to get it all done and delivered. I waited until that sweet, sweet “packages delivered” score to go up until..

My jaw dropped through the floor at this point. I went from almost 4 million to nearly 7 million now and I couldn’t be happier. Has this happen to anyone else?

EDIT: I meant “total earnings” instead of “overall product sold value”. Being the dumbass I am, I didn’t think to check what it was before I made the title and make a wild guess.”

Let us know what you think of this GTA 5 Online Biker DLC Glitch. 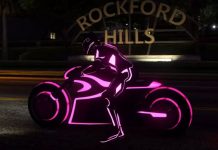 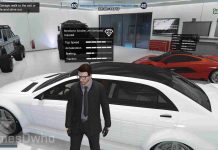 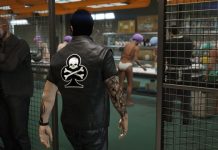 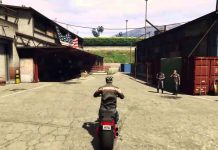