A new screenshot found on the portfolio website of a Rockstar Games artist has led many to believe that we might see the inclusion of Liberty City in GTA V at some point, or even that Rockstar has begun preliminary work on a GTA 6 set in Liberty City. The artist in question is named Adrian Page, although the image has been taken off of his official website. Regardless, the screenshot is now all over the internet, and visible below. 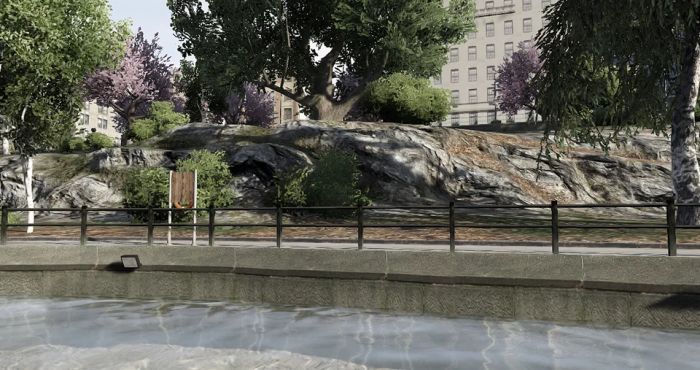 The location in question here is Middle Park, seen in Grand Theft Auto IV, but the graphics appear to make it seem rendered in the Grand Theft Auto V engine. Liberty City has previously been seen in the original GTA, as well as Grand Theft Auto III and Grand Theft Auto IV. It has also appeared in the spin-off game GTA: Liberty City Stories. It would not be too surprising if the city is added to GTA 5. One hint towards this comes from a previous statement from the then-president of Rockstar North, Leslie Benzies, who suggested the possibility of “one big world containing all our cities [that] let the player fly between them and revisit their favorite areas” (via IGN).

We’ll to wait and watch to see what Rockstar has up their sleeve. Meanwhile, Rockstar will be focusing on the next DLC for the game, “Further Adventures in Finance and Felony“, scheduled to release on June 7th.