MobiPicker
Games Console Gaming GTA 5 DLC: Cunning Stunts Gets New Stunt Races and Vehicles
Share on Facebook
Tweet on Twitter
Deal Alert: 49% Off on ExpressVPN
Touted as #1 VPN in the world, ExpressVPN is now offering 49% off & an additional 3-months of service on its annual plans.

GTA V’s Online mode continues to drive into absolute insanity with the Cunning Stunts DLC. Of the new content, there’s six new races and three new vehicles, ready for you to take to stunt-ing about. It’s absurd, but also so, so good. Continue reading to find out what’s included. 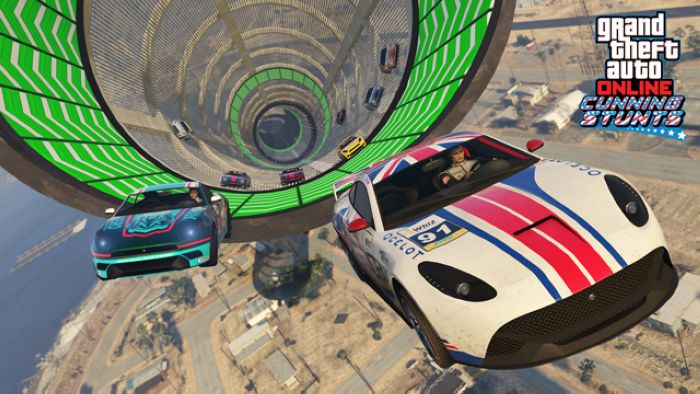 New vehicles in the game include the Ocelot Lynx, Declasse Drift Tampa, and Western Cliffhanger, which fall into the Sports and Motorcycle classes. To help you get on with your own cunning stunts, GTA Online will also have a discount going on through July 25th. You’ll get a Silver Jumpsuit for just logging into the game, and can get a 20 percent discount on all Garages and Properties with Garages. There’s also a 20 percent discount on aesthetics, such as spoilers, wheels, tire smoke, skirts, exhausts, and horns.

For more pretty pictures, check out the official blog post on the update. Let us know what you think in the comments below.