MobiPicker
News Culture Grey’s Anatomy Season 13 Episode 15 Release Date, Spoilers: Meredith Gets Stuck...
Share on Facebook
Tweet on Twitter
Deal Alert: 49% Off on ExpressVPN
Touted as #1 VPN in the world, ExpressVPN is now offering 49% off & an additional 3-months of service on its annual plans.

Grey’s Anatomy season 13 episode 14 was released a few days ago, meaning that fans are now eagerly waiting for the next episode to arrive. Unfortunately, fans won’t be able to see the next episode of Grey’s Anatomy this week because of some reasons. However, they will be delighted to know that the fan favorite character, Meredith Grey is going to return Grey Sloan Memorial Hospital.

Meredith is said to get into a difficult situation as she is currently expected to get stuck in a love triangle with Alex Karev and Nathan Riggs. Along with this, these three aren’t going to be the only people who are going to go through something difficult in the next episode as the hospital’s management is said to face some problems too.

So without any further due, here is what is expected to happen in Grey’s Anatomy season 13 episode 15.

Meredith Gets In A Love Triangle

In Grey’s Anatomy season 13 episode 15, Meredith is expected to get involved in a love triangle with Alex and Riggs. She is said to get caught up in a really aggressive argument during work. However, rumor is that the argument will not be because of some work problems, but because of some relationship issues. Fans are currently eagerly waiting to know how Meredith will manage to solve this problem. 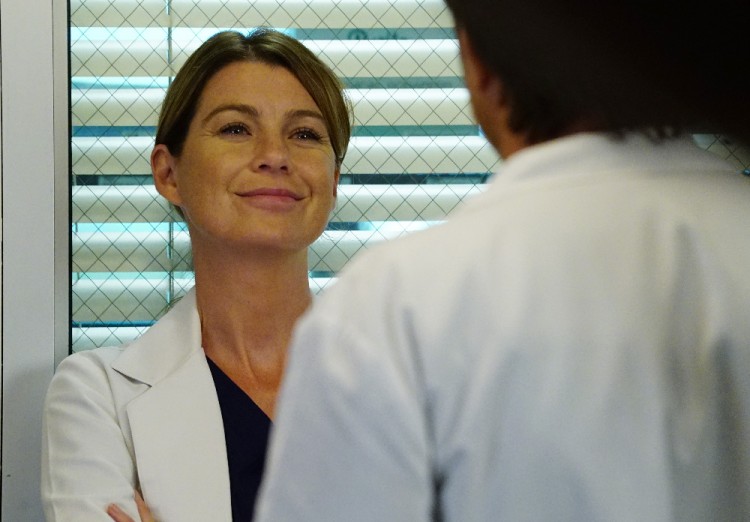 The two surgeons, Alex and Riggs are said to argue over a patient’s condition in the next episode of Grey’s Anatomy season 13, but their issue will be heightened up when one of the talks about his feelings for Meredith. Avid fans of the series know that Riggs already asked Meredith out on a date in the current season, but she rejected it. Alex, on the other hand, is Meredith’s best friend, and she has been there for him whenever he needed her. Now, if the two surgeons fight because of her, it will definitely put her in a difficult situation, one from which she won’t be able to get out that easily.

Hospital’s Politics To Disturb A Case

On the other hand, a patient who will be suffering from severe trauma will need to get treated immediately, but Richard Webber, Jackson Avery, Catherine Avery and April Kepner won’t be able to focus on their case as they will be stuck in some problems caused by the hospital’s politics. “Richard, Jackson, April and Catherine tackle a grueling trauma case intensified by hospital politics. Amelia finally faces her feelings about Owen, and Meredith gets caught between Nathan and Alex over a patient,” says the official synopsis of the next episode.

Grey’s Anatomy season 13 episode 15 will be released on March 9, 2017. There will be no episode this week because “When We Rise” will air instead of it.