MobiPicker
News “The grandest ever” Samsung Galaxy Grand 3 to launch in India
Share on Facebook
Tweet on Twitter
Deal Alert: 49% Off on ExpressVPN
Touted as #1 VPN in the world, ExpressVPN is now offering 49% off & an additional 3-months of service on its annual plans.

After a numerous rumors and went through the TENNA last year, the Samsung Galaxy Grand 3 is about to debut on Indian land. The Korean company has teased with a image mentioning “The grandest ever” coming soon, which could be the the Galaxy Grand 3. The exact date of launch is not yet revealed, however, the smartphone is expected to go on sale through Indian e-commerce website Snapdeal.

The successor of Galaxy Grand 2 sports a 5.25 inch 720p display and powered by a quad-core Cortex-A53 CPU and Snapdragon 410 SoC. The grandest ever device will have 1.5 GB of RAM and 16 GB internal storage, where only 12 GB is available for user and leftover 4GB occupies by TouchWiz and Android system. The phone will run Android 4.4.4 KitKat. 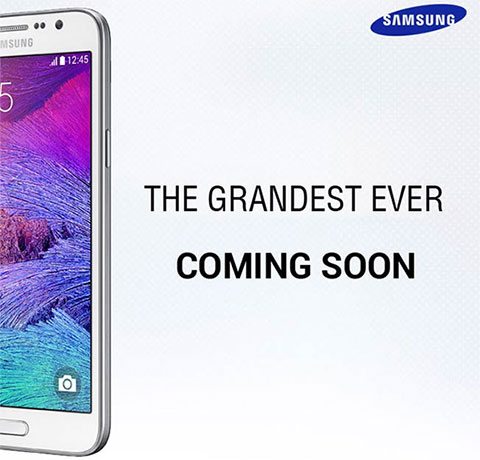 The Galaxy Grand 3 received a 13 megapixel main camera and a grand prime‘s 5 megapixel front camera. Both the front and rear cameras are capable to shoot 1080p video. In terms of dimension, the upcoming smartphone is thinner and lighter than Grand 2, measuring 146 x 74.8 x 7.95 mm and weight at 140 grams.

Stay with us, we will update you as soon as we receive something interesting on the subject.