Gorilla Glass 5 may have been released for smartphones and tablets, but the smartwatches and other wearables are left without a glass to shield them from drops and scratches. Corning has an answer to that as well, as the company has announced its Gorilla Glass SR+, which is strictly for smartwatch and wearable displays.

Scott Forester, the director at Corning quotes how the company has engineered a new glass that will protect smartwatches and other wearables alike: 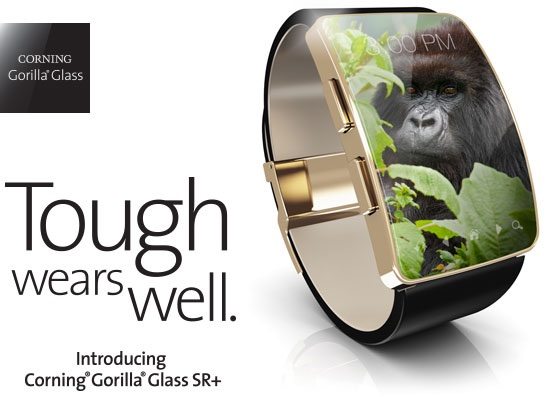 “In early 2015, Corning launched Project Phire with the goal of engineering glass-based solutions with the scratch resistance approaching luxury cover materials, combined with the superior damage resistance of Gorilla Glass. Corning Gorilla Glass SR+ delivers a superior combination of properties that is not available in any other material today – it is in a class of its own.”

Corning reports that the protective capability of Gorilla Glass SR+ will be increased by 20 percent, while scratch-resistance will be improved by 70 percent compared to the other alternatives present on both smartwatches and wearables right now. Corning has said that Gorilla Glass SR+ is going to be available later during the year. Apple Watch 2 could be the recipient of Gorilla Glass SR+, but it is not confirmed at this current time. With IFA 2016 already underway, perhaps we’ll see some of Samsung’s Galaxy Gear smartwatches to feature the new glass.