With the highly expected release of the Oculust Rift that is launching in March and the HTC Vive and PlayStation VR launching somewhere later this year, 2016 is on its way to becoming the best VR year yet. Now another giant named Google is perhaps on its way to shock the world with a next level VR Console. Reportedly Google is working on a VR headset (VR console) that does not require any additional hardware. 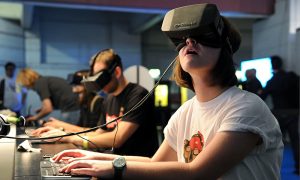 According to The Wall Street Journal, Google is developing a Virtual Reality console. This is especially exciting because all the VR devices being released this year require additional hardware. With the high price of the VR equipment and high end gaming hardware, some of us might not be able to afford this new technology. The Oculus rift will cost $600,- and without a high-end gaming PC playing it will not be very enjoyable. PlayStation VR device will cost between $400,- and $600,- and obviously has to be accompanied by the PlayStation 4 which starts at $350,-. Other VR gear like that of Samsung won’t be cheap either! To use the $100 VR gear by Samsung a good smartphone is required and the smartphone prices are sky-high.

Reportedly the new VR console by Google will use outward-facing cameras, chips by Movidius and high power processors. The source is “allegedly” familiar with Google’s plans but we are unable to verify the source at this moment.

There are a lot of fuzzy rumors around Google’s VR console, one person said that the device will be announced this year during the Annual conference in May. Others say that the VR console will never be released. However, this week Clay Bavor, chief of Google’s VR department said the following: “We want to make it available for everyone” and “We’ll have some more to share later this year”. Though this could mean anything we expect that Google will shed some light on the rumors sooner or later. For now all we can do is keep guessing and listen to the rumors closely.

One thing is certain, If Google is really developing this rumored device it may push all the other highly expected devices somewhat out of the picture. If the rumors are true soon we will all be able to play our favorite (yet to be released) VR games anywhere at any time. This would not only change the world of gaming, the device could possibly be used by surgeons, architects, designers and many more. The coming of Virtual Reality devices will steady but surely impact the world, in a good way! 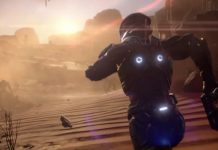