MobiPicker
Mobiles Android Google’s Project Fi Open For All, Nexus 5X Gets Huge Discount
Share on Facebook
Tweet on Twitter
Deal Alert: 49% Off on ExpressVPN
Touted as #1 VPN in the world, ExpressVPN is now offering 49% off & an additional 3-months of service on its annual plans.

Google’s first venture into the mobile service space, Project Fi, has now opted out of invite system. The search giant partnered with Sprint and T-Mobile in the US to form an MVNO network exclusive to the Nexus 6, Nexus 6P, and Nexus 5X. 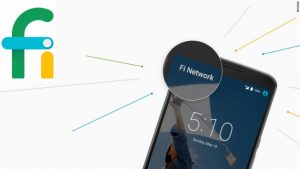 Today, in its Android blog post, company bid adieu to invites for the Fi Network. The post says Google has learnt a lot about customers who use Project Fi such as traveling abroad, using SIM cards in other devices, and the success of relying on Public Wi-Fi.

Project Fi is a US Cellular Network that uses the network of Sprint and T-Mobile depending on the quality of connection. The network also utilizes public Wi-Fi networks to fill any dead coverage with a Wi-Fi only connection.

As far as the tariff plans are concerned, One can start at $20 per month as a base, then add $10 for every 1GB used in their cycle. This means if you use 2 GB in the month, you will be charged $20 for the base fee and $20 more for the data you used. If you only use 1GB and a quarter, you’ll only be charged $12.50 for your data for that month.

To make things sweeter, Google’s running a special promotion for the next month. For those who sign up and activate Project Fi, a $150 discount on Nexus 5X, which means the 16GB version will set you back only $199, or the 32GB version $249.

This is an exciting territory for Google and shall see growth if more phones are added to the network. As of now, you can only use the Nexus devices.