We know that Google released its own Messenger back in the Nexus 6 days. It was Google’s take on replacing the hangouts app with the messenger. From the very first day of its release, Google focused heavily on cutting down the Hangouts and pushing up the new Allo Messaging platform for its users. Over the years, Google Messenger has hiked to quite a number of heights and it’s widely popular now. Google has recently renamed their Messenger and it now is called “Android Messages”. There is still no clue about why Google would change the name of their Messenger application. Hopefully, we’ll be able to know the reasons in the coming days.

Following is the official changelog for Google’s Messenger.

For time being, the change of name is the only change you’ll see on Google Messenger. The setup is a bit better than before and there are also some bug fixes included as well. 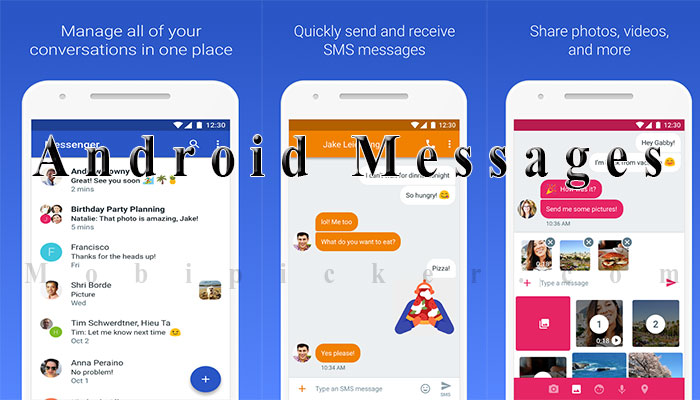 Though there is nothing official why Google renamed the Messenger app, the easiest and common guess leads to the Facebook Messenger which also carries the exactly same name. It’s possible that Google doesn’t want people to get confused with Facebook’s Messenger and Google’s Messenger on the phone as well as on Play Store. With this leading change, it’s possible that Google will be changing the GUI of “Android Messages” later. Let’s see what changes “Android Messages” goes through in future.

If you haven’t yet tried Android Messages, you can get it from Google play Store.