The next installment of Android, Android 7.0 a.k.a Android N (For now at least) is still a few months away but it hasn’t stopped people from making wild guesses about it. Among all others taking a shot at the name of next Android is a top Google Executive which might just gave us a clue about it. At times these teases are real and at times even the executives aren’t.

Hiroshi Lockheimer, Google’s Senior Vice President for Android, tweeted out that he “received a tip” that Nori is not just a healthy treat but also tastes delicious. Later he tweeted a link to Wikipedia page for the same. He might like Nori or want the world to know about it but it has set the rumor wing awake. Since Nori starts with “N”, the letter of the next Android update, people are taking these tweets are teaser or troll for the name game. 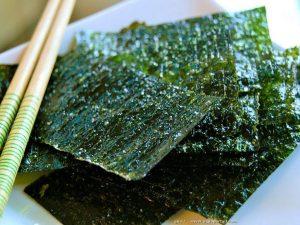 Anyways, if we notice the trend in naming for Android, it is highly unlikely for Google to choose it since all the earlier names were after really sweet things. But you never know with Google, they might switch sides to salty.

Nothing is final and won’t be until Google decides it, but we will definitely prefer Android “Nutella” which seems the front-runner as of now. There will be more teasers to come with Google I/O conference around the corner in may. Let us know your wild guess for the next iteration of Android “N”.