MobiPicker
Android Applications Google Play Store 7.1.25 APK Download Available for All Android Devices
Share on Facebook
Tweet on Twitter
Deal Alert: 49% Off on ExpressVPN
Touted as #1 VPN in the world, ExpressVPN is now offering 49% off & an additional 3-months of service on its annual plans.

A new APK update for the Google Play Store app has been released. The new update comes with version number 7.1.25 and is a stable update ready to be downloaded. The latest Google Play Store APK download file weighs 17.12 MB and can be installed on all Android devices running on Android 4.0 or above.

New updates for the Play Store are released every now and then, but any major changes are seldom present in the releases. This one is a similar update with no visual changes. There’s, in fact, no specific changelog for this new Google Play Store 7.1.25 APK update, so we guess there isn’t anything visually new to talk about. Of course, the regular bug fixes and improvements for better performance and stability are always present.

As this is a stable update, you can download Google Play Store APK latest version by going to APKPure.com or any other trusted mirror site. The app can also be automatically updated from the Play Store itself; it updates itself automatically at regular intervals. Just like any other app, the Play Store app too needs to be updated regularly for smooth user experience. So whenever possible, download Google Play Store app directly as APKs and install it on your smartphones and tablets to get the best out of the app. 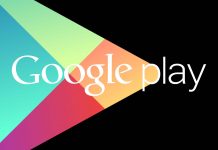