We are just a month away from the official launch of Google’s new Pixel family which is coming to replace the Nexus series. Thanks to numerous leaks, the Pixel devices are in the news for quite some time now. Today a new information of the higher-end Pixel device uncovered via the Geekbench application.

Though this is not the first time the Pixel XL leaked on the benchmark application, this time around the leak confirms most of the details that surfaced earlier. The Google Pixel XL sports a 5.5-inches display which is slightly larger than the 5.2-inch on the Pixel. It will be powered either by the Qualcomm Snapdragon 820 or the new 821 clocked at 1.59GHz Quad-Core processor. 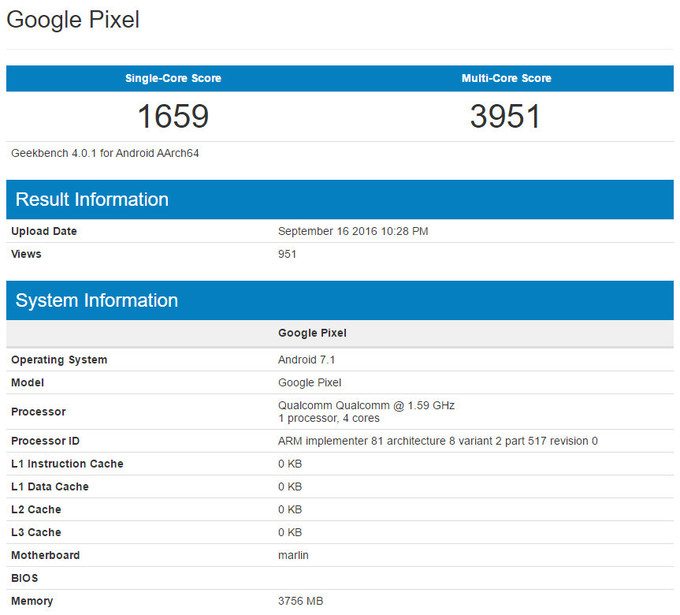 Unfortunately, there is no definite confirmation regarding the chipset detail. But one thing is for sure; the new chipset will have enough power to compete with this year’s flagship smartphones. The Pixel XL will pack 4GB RAM and runs on the very latest Android 7.1 Nougat right out of the box Google will be announcing both the Nexus smartphones on October 4th and might be available for pre-order on the same day if rumours are to be believed. Stay tuned for more information on the new Pixel series.