There’s a lot to be told about these two smartphones – in terms of design, camera, display, make and most importantly the specs. Let’s begin with the specifications of Google Pixel and Pixel XL.

The obvious difference, as the name clearly gives it away, between the Pixel and the Pixel XL is the display size. Pixel sports a 5-inch 1920 x 1080 display at 441ppi while the Pixel XL sports a higher resolution bigger display – 5.5 inch 2560×1440 at 534ppi. On the chipset side, both phones sport the same specs – Qualcomm Snapdragon 821. Pixel and Pixel XL both come with 4GB RAM and 32/128 GB storage options.

Both phones feature Android 7 Nougat, with built-in Google Assistant. In addition to Google Assistant, a new launcher is part of Pixel and Pixel XL OS. The launcher makes all apps look round, just like the Google Chrome app. 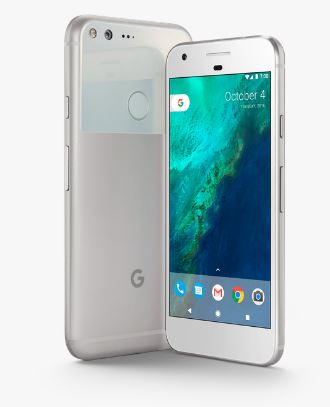 When it comes to the camera, both phones sport identical features. Google Pixel and Pixel XL both have 12.3MP rear camera and 8MP front camera, with optical image stabilization. By default, the cameras use HDR+ mode. Google claims that this mode produces clearer and sharper images. The phones also feature Smartbust, which is great for capturing action moments.

Sporting a metal body with the upper rear section made of glass, both phones look stunning. The Pixel measures 143.8 x 69.5 x 8.6mm and weighs 143g, while the Pixel XL measures 154.7 x 75.7 x 8.6mm and weighs 168g. When you take a look at the phones, it becomes quite evident that a lot of thought has gone into the design of these smartphones – speakers at the bottom, power and volume rocker on the right-hand side, circular fingerprint sensor and flushed in rear camera. There’s also a speaker at the top in the front of Pixel and Pixel XL with a sensor below. The front camera sits on the top left.

The phones are available at the Google Play Store for pre-orders in UK, US, Canada, Germany and Australia from 4th October. In India, you will be able to pre-order starting 13th October.