MobiPicker
Tech Internet Google Photos on the Web Gets An Interesting Update With Album Info
Share on Facebook
Tweet on Twitter
Deal Alert: 49% Off on ExpressVPN
Touted as #1 VPN in the world, ExpressVPN is now offering 49% off & an additional 3-months of service on its annual plans.

Google Photos is one of the most popular photo sharing and storage service from Google. And why shouldn’t be, after all, it’s available for all Android devices for free with unlimited storage.

With Google Photos, photos are backed up automatically and users can access them from anywhere on the Google Photos for Web. It’s a great tool, and Google has upgraded the same with a useful enhancement of album info.

The latest tweak helps users learn the particular album a photo belongs to. To do so, one can just tap the (i) button near the top right of the screen, and all the information, including the album, is made available. 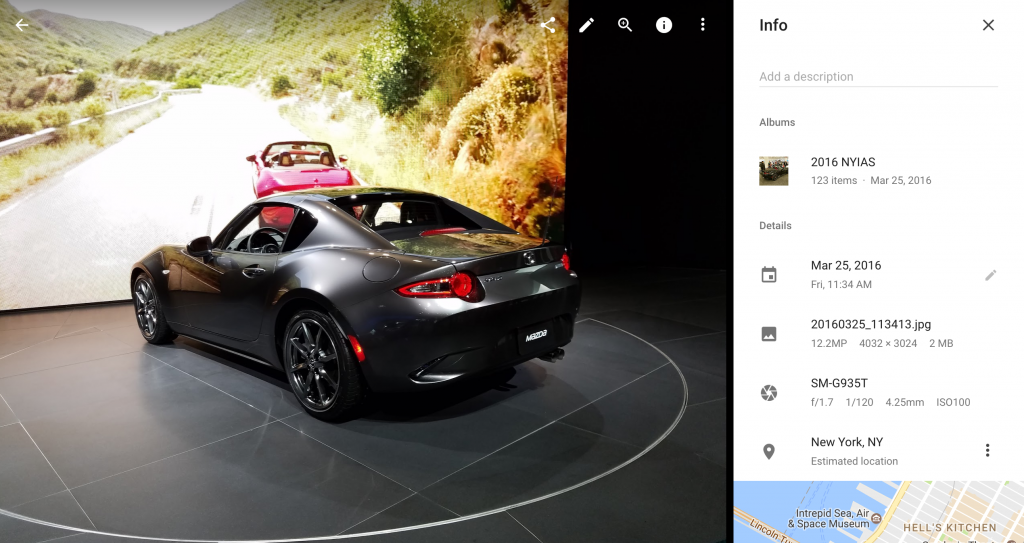 It’s a very handy feature for those who enjoy organizing memories from vacations or outings. The feature isn’t available for the mobile devices yet, but we assume, the search giant will roll the same in coming months.

For those who don’t know, Google Photos is a photo sharing and storage service developed by Google. It offers free unlimited storage for photos up to 16 megapixels and videos up to 1080p resolution. The service is available both on the Web and mobile devices. Its app comes pre-installed on all android phones, while iOS users can download the same from the app store.

To witness the new tweaks, visit the Google photos on the Web HERE.

Do share your views on the new feature of the Google Photos in the comments section below.