Google’s Photos apps has bought a paradigm shift wherein, it now not only create compilations and stories, but also will distinguish between the objects in images and bring them together. The method is not cent percent foolproof, but it shows the photo apps has taken artificial intelligence to a completely different level. 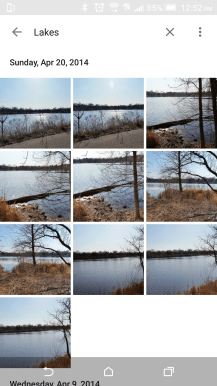 The images will be arranged in auto-groups and then can be reached out through a button in main stream with floating action.  At the top you will get one of the several facial photos which have been identified in your collection. On tapping the image, we can see more images of that particular person. 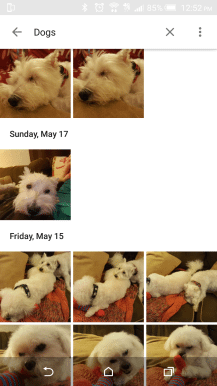 Apart from recognizing faces, there is a section for things which sorts out the pics based on the thing photographed such as cars, flowers, stadiums, food, sky, bridges, beer, concerts, skylines etc. Sometimes, Google Photo app may behave unexpectedly and may tag your cat as dog; however the same can be improved going further. Another Bug, we might say is that ship includes spaceships also, don’t know might be ship means all kind of ships. All these features are tested on pre-final version which is expected to improve till the time it is rolled out finally for users to experience.

From the menu option, one can clean up the groupings done by removing the images which are not required to be tagged in the group. This feature of identification of faces and things will certainly be a step toward matching images, but we have to wait till the Google Photo app is released officially.