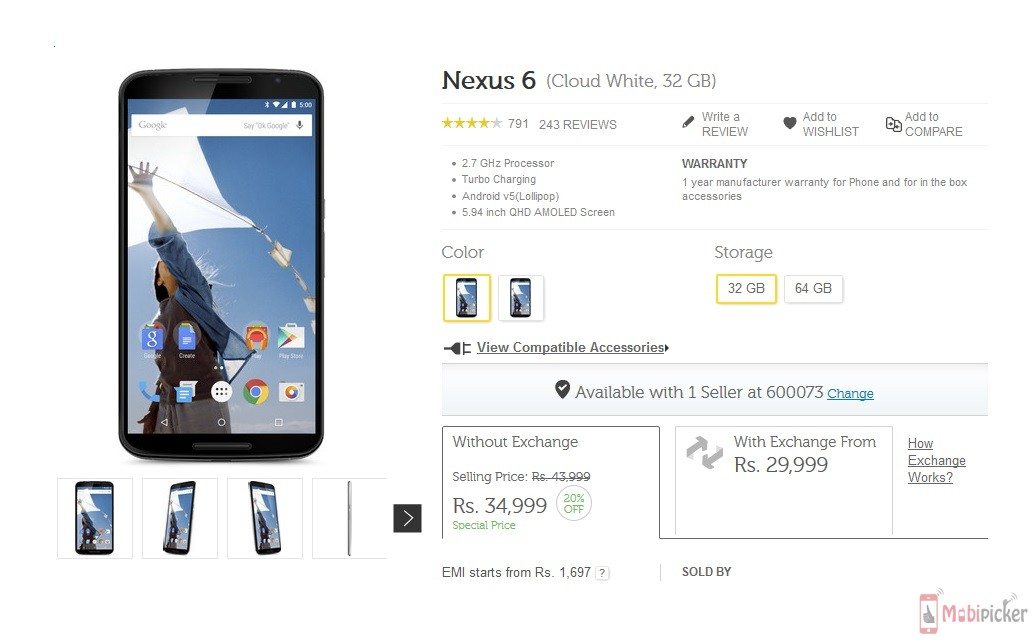 Apart from the above deal, the retailer is also running exchange offer for the Nexus 6 customers, where they could exchange their old device for another discount up to Rs. 5,000.

Specs-wise, the Google Nexus 6 is equipped with a 5.96-inch QHD display with 1440×2560 pixels resolution, and is powered by a 2.7GHz quad-core Snapdragon 805 processor. With a 3GB of RAM and 32/64GB storage, the Nexus 6 features a 13-megapixel primary camera with a 2-megapixel front-facing camera for selfie and video calling.