Google Messenger for Android devices has received a new update yesterday, and it resolves some bugs and issues without adding any new features. If you are having compatibility issues with your local carriers, the app now gets a manual override option to select the carrier, so the automatic country detection can be overridden. Also, Android N users can be happy now, as the bug that caused the Google Messenger to crash with a YouTube link has now been fixed.

If you are on the Android N Developer Preview and use Google Messenger APK, you must have noticed that the app would crash if a person sent you a simple YouTube link rather than showing a thumbnail of the video above the link. Well, the latest Google Messenger 1.8.033 APK update has resolved that issue.

Talking about the country override, there’s a new option in the Google Messenger’s Settings that reads “Your current country”. The country is detected automatically, but you can select the country manually too in case the app does not detect it. It is actually meant for resolving such issues caused by frequent travelers or dual-SIM devices that keep crossing borders. 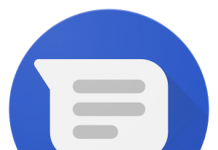 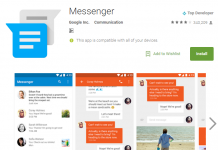