Have you installed Google Duo which is equivalent of FaceTime in iOS devices but is available for both iOS and Android devices. It is the new video calling app from tech giant Google. The app globally launched four days ago and, believe it or not; it is now topping the Play Store top charts. 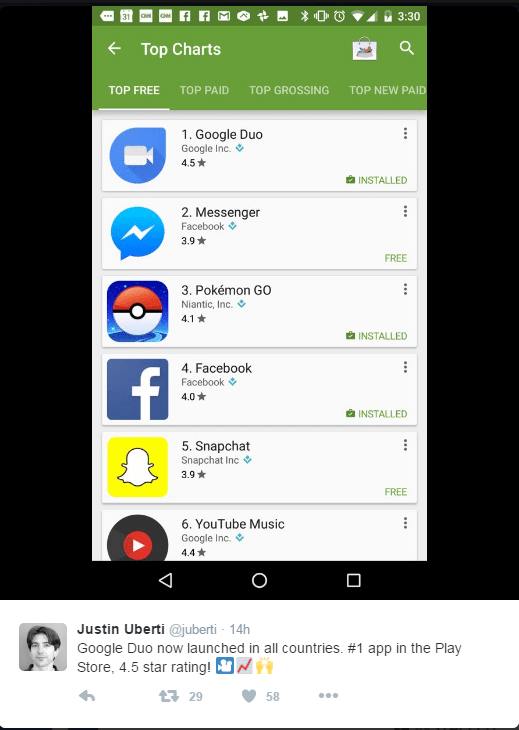 When you enter the play store and tap “Top Charts”, you can navigate through several tabs such as “Top Paid”, “Top Free” and “Top Grossing”. On the “Top New Free” tab, Google Duo is topping, according to this tweet by the app’s Lead Developer, Justin Uberti. Please note that the Top Charts on Play Store are location specific; therefore, Google Duo might not necessarily top in your country or area. For instance in India, the app is in the 6th position in the Top Free section. The app is currently topping the Top New Free and Trending sections in India. Currently, Google Duo has over 500,000 downloads and a Play Store rating of 4.5.

Google announced the app in May, with a promise that it would roll out soon. Now here it is, a simple to use app that allegedly does not interrupt the conversations even with poor connections. You can video call any of your contact that has the app installed. But Google is quite late in the game as there exist well-established apps that serve the same purpose such as Skype, WhatsApp Messenger and Facebook Messenger.

Google Duo has the typical features of a video calling app. Perhaps its most incredible feature is the “Knock Knock”. The feature allows you to view a preview video of your caller before picking the call, quite refreshing, isn’t it?

If you want to try out a new video calling app, consider Google Duo. 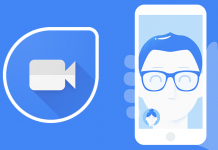 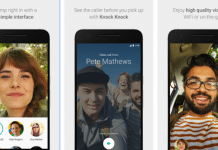 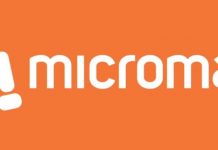 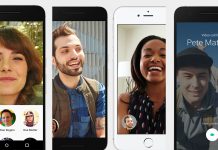