Microsoft has replaced the 20-year-old Internet Explorer with Edge browser in Windows 10, and the results are partially working as the former is losing ground quickly if a report by Net Applications is to be believed. 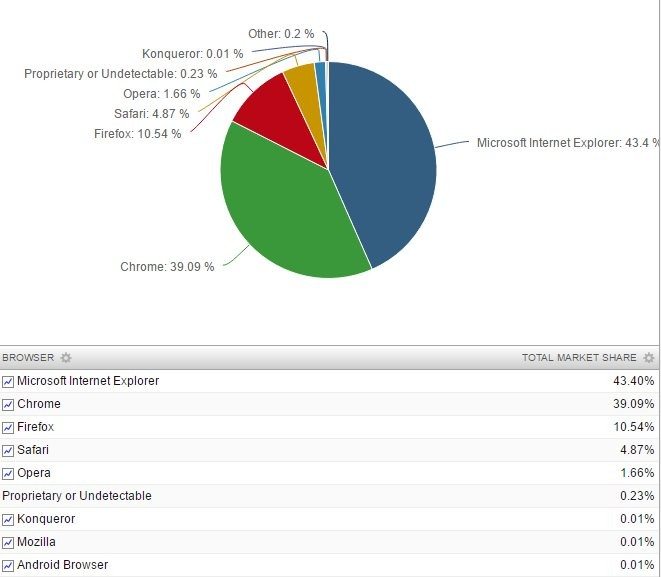 Google Chrome seems to be the biggest gainer, as the search giant’s browser is gaining market share at a steep rate which might see it topple Internet Explorer from the top position as soon as next month.

Microsoft sidelined Internet Explorer with launch with Windows 10 and is pushing users towards the Edge browser for quite some time. The company has dropped support and stopped releasing improvements to the same, so it was just a matter of time before IE lost ground to something else.

Right now, Internet Explorer sits at the top with 43.40 percent market share, followed by 39.09 percent of Google Chrome which gained almost 37% from last month. IE has dropped 1.39 percent in the last 30 days and at this rate, it will lose the top position to Chrome by the end of April.

The new browser from Microsoft, Edge, has also seen some improvement with growth of 3.55 percent for version 13 and to 0.75 percent for 12.

Microsoft Edge browser is expected to have a bigger say come the Anniversary update this summer. There will be a host of improvements to the browser along with extension support which might tilt things in favor of Redmond giant.