MobiPicker
Android Applications Google Cast 1.16.7 APK Download Adds Support for TVs and Brings Bug...
Share on Facebook
Tweet on Twitter
Deal Alert: 49% Off on ExpressVPN
Touted as #1 VPN in the world, ExpressVPN is now offering 49% off & an additional 3-months of service on its annual plans.

Google Cast helps you broadcast your favourite content from your laptop, tablet, or phone directly to your speakers or TV display. You can even cast to Chromecast Audio and Chromecast too. This is made easy using the Google Cast app for Android. Google Cast APK lets you browse through trending and famous content from your apps that have the cast ability. You can explore and find more such apps to watch content on your TV. 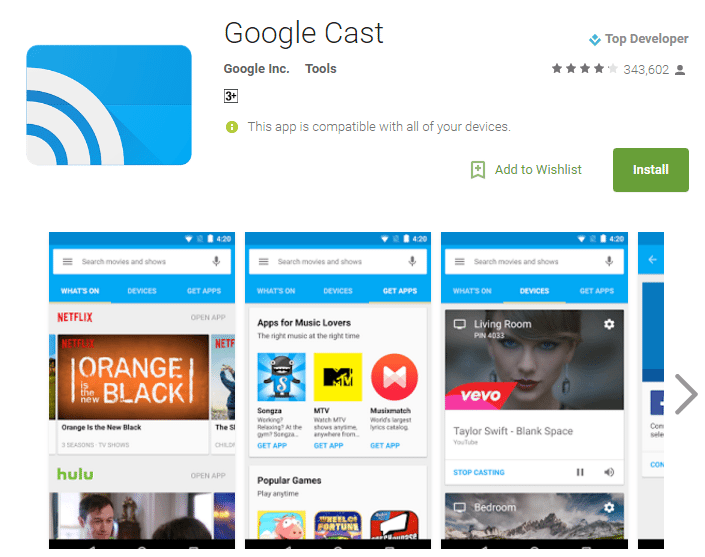 You can use your voice to search movies, actors, TV shows etc. You can also play, stop, or change the volume with the app across all your devices connected to Google Cast. You can even use any beautiful imagery to customize your large screen TV. Along with that, new features, offers, apps, etc. can be added to your Google Cast.

Google Cast APK has received regular updates, and one update for the app has been released today on Android. The Google Cast app now stands at version 1.16.7 and the Google Cast APK download file comes with build number 10160070. The file weighs 10.38 MB and works with Android 4.0.3 or later. This new update comes with performance improvements and bug fixes. It also brings support for setting up TVs with Google Cast.

You can download Google Cast APK latest version from apkpure.com.