It seems Google hatred for Windows 10 Mobile OS is going from bad to worse. After refusing to have any apps on the platform, albeit the Google search app, the search giant has been actively blocking users from accessing its services.

In a new change of events, Google is restricting Windows 10 Mobile users from adding Google accounts to the built-in email and calendar apps. While nothing is certain as of now but since a month has passed when the issue first came to light, we believe Google might be playing a hand in this.

Anyone trying to login into Gmail accounts using the default mailing app on Windows 10 Mobile sees an error, saying that their browser is not being supported and advises to switch to a modern browser which skeptically includes Internet Explorer. 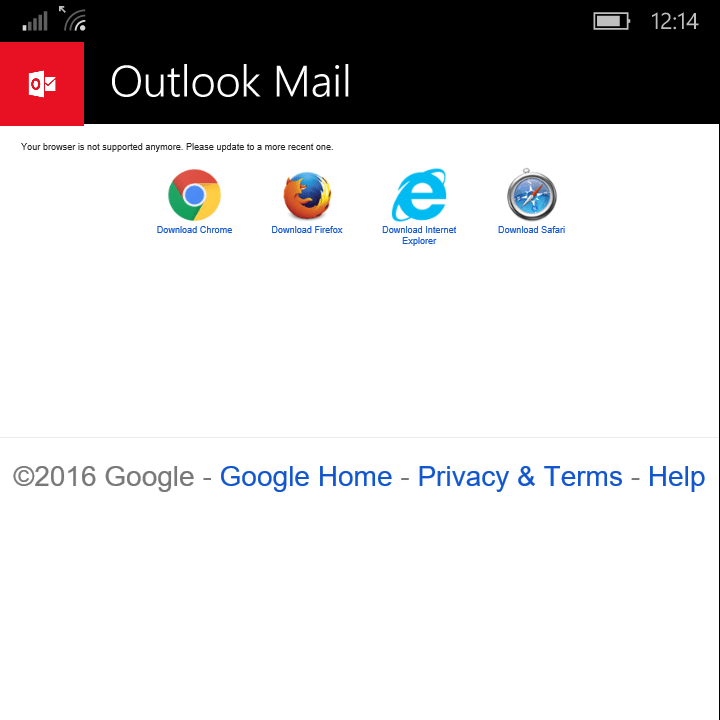 Strangely, the desktop versions of Mailing and Calendar are working just fine. So, it’s just the mobile users of the OS at the serving end.

While we hope, Google doesn’t play the spoilsport, it’s better you look for a solution in other apps like EasyMail or switch to Outlook from Gmail using these instructions.

Do let us know in the comments section below if you too facing the same issues on your Windows 10 Mobile.