MobiPicker
Android Applications Google App 5.13 APK Download Gets New Doodles, Grouped Cards, and More
Share on Facebook
Tweet on Twitter
Deal Alert: 49% Off on ExpressVPN
Touted as #1 VPN in the world, ExpressVPN is now offering 49% off & an additional 3-months of service on its annual plans.

The Google app for Android has received yet another update closely following the previous update that came out a few days back. The latest Google APK carries version number 5.13.26 with build number 300652916. This new update comes with bug fixes and improvements over the previous release and is an important update, so you should not miss it.

Let’s quickly see what the new update brought. You now get an improved search page with a better look and feel. The app has got new doodles that have been especially designed for in-app experience. Also, web pages now open inside the app itself instead of opening a browser; this is done with the Android WebView component, so make sure you update it.

The new Google app APK update v5.13 comes with offline voice actions that work without internet. So you can now tell your phone to “turn on WiFi” pr “play music” without having to be online. Lastly, the cards now get categorized according to your interests, so it is easier to go through them. 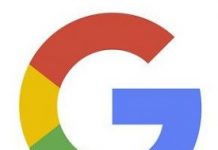