MobiPicker
News Google Announces Meet, A New Conferencing Service for Business Users
Share on Facebook
Tweet on Twitter
Deal Alert: 49% Off on ExpressVPN
Touted as #1 VPN in the world, ExpressVPN is now offering 49% off & an additional 3-months of service on its annual plans.

Google has just launched Meet, a new service for enterprise use. The service will allow users to hold meetings online. If it sounds familiar, fret not, Meet is mostly a refined Hangouts focused around business users with a limited set of functionalities. And before you wonder, let us tell you that Hangouts is now a part of G Suite for office purposes. 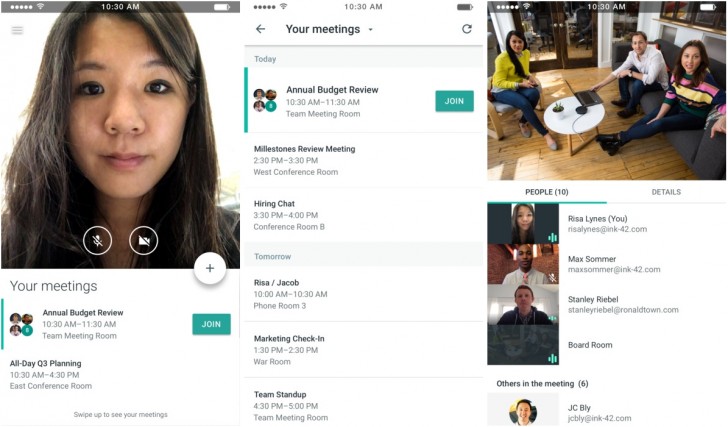 Coming to the functionality, Meet by Google Hangouts will let you start or join an existing meeting using the website or the Android or iOS app. One needs to create a code before starting a meeting, and after that, anyone with that code can join in. There’s also an option to schedule a meeting later. The meetings can be either video (maximum support of 720p) or audio oriented. In video meeting, the person talking will appear on top of the screen with the list of other members below. The dial-in number functionality will be available for only G Suite Enterprise Edition.

The website for the new service is already up and running at meet.google.com. As for the apps on mobile platforms are concerned, we are yet to find any. But, we assume the same to go live anytime soon. We will update this space once more info on the apps surfaces.

In the meantime, you can visit the web link mentioned above for the Meet service, and see if it fits your criteria for business meetings.