Google plans on making Allo the next big messaging service. Its release suffered from certain problems, especially after the initial hype period passed, but the team behind the app is still adding new features and squashing bugs.

The latest release, the 3.0 update brings some interesting features that should renew the interest for Allo. The new Allo 3.0 brings three major new features – chat themes, Smart Smiley feature, as well as stickers from the new movie, Fantastic Beats and Where to Find Them.

Chat themes were already a part of the Allo 2.0 (they were hidden inside the code and were available for activation via root access), but now they are available for all users, bringing a large library of different themes to choose from. For users who don’t really like for their chat to be painted with lots of colors and different designs, there’s monochrome mode letting you paint your chat box with just one color.

The new stickers are based on the latest Harry Potter universe movie “Fantastic Beasts and Where to Find Them,” featuring movie characters and lots of interesting stickers. 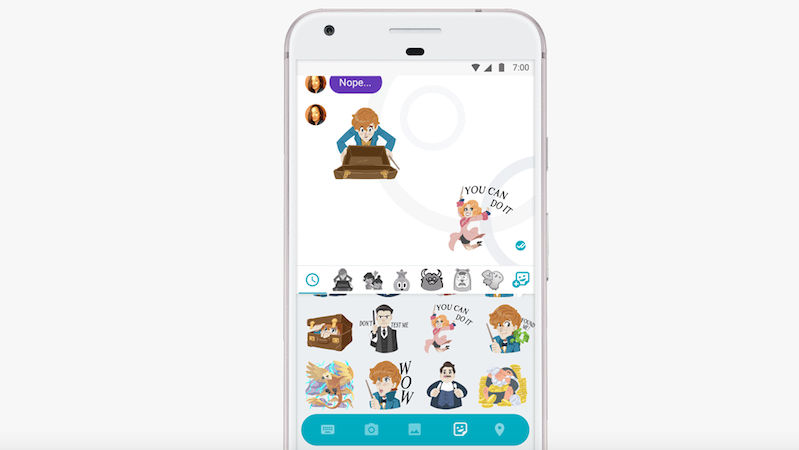 The third new feature, Smart Smiley, is a new button placed next to the send button. When you tap it, it shows you a list of suggested stickers and emojis based on the contents of your chat. Since users, according to Google, use only 3 percent of all emojis available, this new feature should broad the range of emojis used, predicting which emojis would be perfect for the situation. Another new feature based on machine learning.

The update won’t be available to all users at once. It’s shipping in waves, so you might not see the new version on Google Play yet. If you can’t wait for the new Allo 3.0, download it from APKMirror.