Wouldn’t it be great if you were to receive an Android app for Pokémon GO that allowed you to effortlessly calculate the IVs of your entire Pokémon collection? With GoIV, all that has become a possibility, and with the latest version released (that version is 2.1.0), you can expect a huge number of fixes and issues that have been addressed. Official changelog released along with the update is available at the bottom of this article.

The total space requirement of GoIV is quite small. We’ll wager that even if you kept on receiving the ‘low storage’ option on your Android smartphone, you’d still be able to install the app without question. This is because the app carries a size requirement of 27.47MB.

Unfortunately, most Android phones are not running the latest update, and the minimum OS requirement for running GoIV is Android 4.4 KitKat. If you’re not running this update, then we cannot comment on whether or not the app will be installed on your device. Incompatible apps are forcibly barred from the user’s ability to download them when you’re browsing the Google Play Store, but if you’re downloading an APK file, then you’ll probably run into an error after you’ve launched the app. 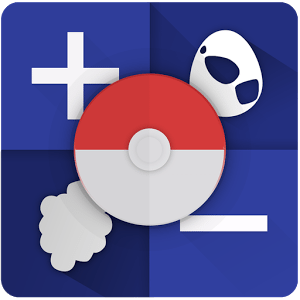 Given below are the official changelog for GOIV 2.1.0 Update:

Keeping that in mind, make sure you’re running Android 4.4 or later in order to avoid running into unnecessary problems. GOIV 2.1.0 is available on several third-party mirror hosting sites such as APK4Fun.com.