God of War is one of the most anticipated PS4 exclusive titles by Sony Interactive Entertainment. The game hasn’t yet given a release date but the recent developments suggest that the God of War PS4 development is going just fine. The Santa Monica Studio also stresses it out and says that the development of God of War for PS4 is going really well. 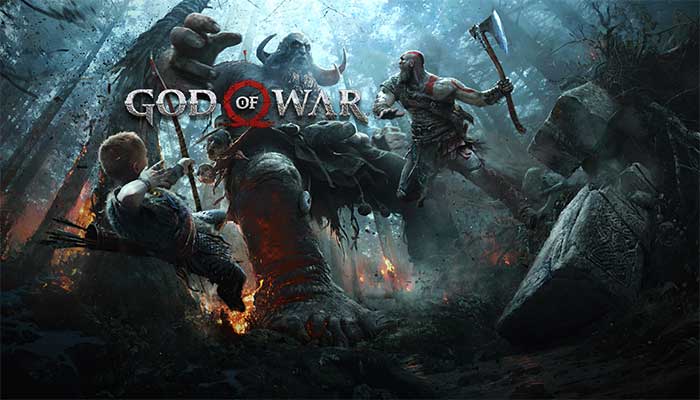 A while back, a fan inquired about the game’s development and the Santa Monica Studio replied accordingly. The Creative Director of the game Cory Barlog revealed in response to the fan’s queries that the development of the game is looking better every day. This indicates that some more info will soon come out about the game. The possible and most suitable platform and venue for further information release would definitely be the upcoming E3 gaming Expo. It is expected that Sony will reveal a lot of information about the game real soon. Check out Barlog’s tweet below.

If I had things I could say I would. Things are good and game is looking better every day!

God of War is going to feature Norse Mythology that consists of Thor, Loki, and Odin. Cory Barlog has also confirmed that the God of War on PS4 will begin a new Saga. This makes sense as we know how the original trilogy ended and Kratos killed all the Greek Gods (Spoiler Alert).

Barlog further confirmed that the God of War series games will all feature the Norse Mythology for a foreseeable future. According to the info on the game we have so far, the Santa Monica Studio wants the game to be a new long-running saga. This further indicates that there will be a huge load of game’s content coming out in the future as well. So, fans should expect more titles that will feature Norse Mythology as well.

Hopefully, when the game will come out, it’ll be able to offer a brilliant Action-Adventure experience to all the players. This will it turn, force the studio to make sequels for the game. This will go on for a very long time.