God Of War, the icon of PlayStation 2. Hack and Slash game that reimagined ancient Greek pantheon, brought vicious gameplay and one of the most famous video game characters ever, Kratos. The new entry in the famous series is in the works and we got some details about the upcoming game. 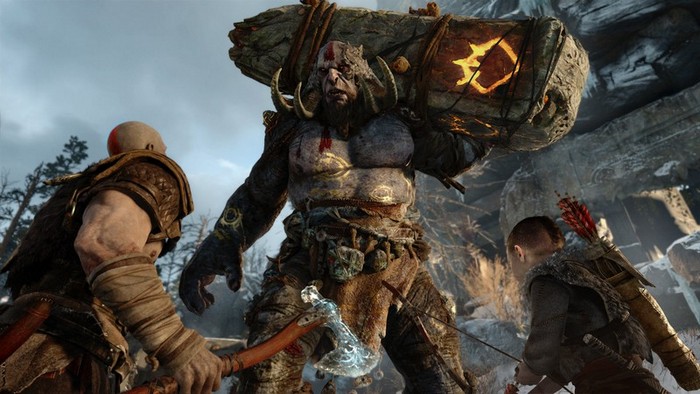 It seems that the upcoming God Of War will try to breathe a dose of fresh air into the series. The game is taking cues from titles like ICO, Prince of Persia, The Last Of Us, and more. It’s nice to see that developers are trying to incorporate things from other games into God of War, instead of just trying to sharpen already near-perfect gameplay.

Also, Cory Barlog, the creative director of God of War, is very active on Twitter, and he loves sharing things about the upcoming game. For instance, he stated that the game won’t have many demos since demos take a lot of development time that could be used for developing the final version of the game.

hard at work on the game, no demo. game is be better the fewer demos we do. Demos pull a month or two away from final game.

Further, Barlog  stated that the lack of news regarding the upcoming God of War is because the team is working hard on bringing the game as soon as possible. It’s awesome to see developers actually working hard on the game, instead of building the hype train (hear that Hello Games?).

still figuring things out. I don't want to release this thing until it is done! 🙂

what we showed at e3 was running on a standard ps4. The game is designed for standard ps4, dont need a pro to play.

Of course, PS4 Pro version of the game will have some graphical enhancements, but all owners of PS4 don’t have anything to worry about; the next God of War is coming to both PS4 and PS4 Pro. The game should release sometime during 2017.