A Nexus 6P user in Russia, running a beta version of Instagram has spotted something new – live video feature for Instagram. Facebook is reportedly working on a feature called ‘Go Insta!’ that allows users to live stream video. Instagram is already testing live video in its stories feature. A report by TJournal shows screenshots of the beta version.

A live streaming platform basically allows users to post real-time videos and photos, giving the viewers instant access to live action in the lives of people uploading it. Snapchat already has this feature. On Snapchat, users can post images and videos as part of a story. These will, however, disappear after 24 hours. Whether the new Instagram’s ‘Go Insta!’ feature will also make videos and photos disappear after a specific span of time isn’t clear at this point in time. However, since the feature is part of Stories, it could probably be displayed only for 24hrs.

The new feature addition shouldn’t come as a surprise since the company has been overwhelmingly enthusiastic about live video streaming. To go live, users will need to click on a “red button” that says “Go Insta!”. Once you hit the “Go Insta!” button, you are live and viewers can see the real-time broadcast. Navigating to the Explore tab allows you to visit Live section in the suggestions bar. The suggestions bar will display popular live videos (when the feature becomes active). Going by the images, the feature will also provide options for scheduled live broadcasts.

Facebook, Periscope, and Snapchat have already adopted the live streaming feature. So it’s only logical that Instagram also incorporates this feature. Facebook’s ‘Go Live’ has caught everybody’s attention and Snapchat’s live video feature has its own massive user base. The success of existing live streaming platforms goes on to show the potential market for Instagram’s upcoming ‘Go Insta!’ feature.

As of now, the feature is limited to Russian users. It’s likely to be launched in the United States soon. We’ll keep a watch on this news as it develops.

Kodi Live Streaming Ban in the UK Could Cost You Hundreds 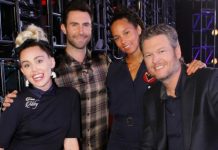