MobiPicker
News GNOME 3.20 Releasing Soon For Tumbleweed
Share on Facebook
Tweet on Twitter
Deal Alert: 49% Off on ExpressVPN
Touted as #1 VPN in the world, ExpressVPN is now offering 49% off & an additional 3-months of service on its annual plans.

openSUSE Tumbleweed had some major and significant changes this week by updating the KDE Applications to version 15.12.3. This update brings Long Term Support version of the KDE Development Platform 4.14.18 and Zypper has been also updated to 1.13. However, the biggest news is that the release of the GNOME 3.20 is just on the corner and may happen now anytime soon.

And by soon, we mean really soon. The Tumbleweed users might get the latest GNOME has been thoroughly tested by openQA very soon.

GNOME 3.20 will bring new cross-distro framework for distributing and building desktop apps with Builder and XDG-Apps. Wayland is also available with this new version, but it isn’t the default. You can try it out by navigating to the gear menu on the login screen and select GNOME on Wayland. The release of GNOME 3.20 is also very crucial for the GTK+, now providing more power and flexibility to the theme authors.

The 20160326 snapshot of Tumbleweed displayed some more new features apart from the  GNOME 3.20’s new features as well. Now, the network manager has the ability to determine whether you are online or not. It communicates with conncheck.opensuse.org to determine whether the TW user has connectivity or not. You can disable this function by using the Network Manager-branding-upstream package.

Among other news, openSUSE has brought the new version 2.5 for Weblate. openSUSE has been now transitioning its translations to Weblate for some time. Anyone wishing to contribute to the openSUSE Project by translating release notes, other information, project’s efforts, etc., can do it easily through Weblate which provides a simple dashboard and progress bar to let the people know how they can assist with the project. openSUSE community has also been developing some additional tools for Weblate.

The openSUSE has also been looking for a maintainer to help with the support of 32-bit architecture for Tumbleweed. Anyone in the community, who’s interested in doing this job may email @ [email protected] or join #opensuse-factory on IRC.

This is it, for now, stay tuned for more news and updates. 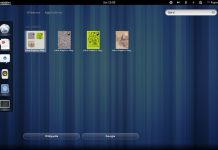