It seems like the Chinese smartphone maker Gionee is taking innovation in smartphone technology to an all new level, or shall we say to the level of absurdity. Gionee is coming with a device which features two displays as if one wasn’t just enough. It has just announced a flip phone known as the Gionee W909.

Interestingly, this won’t be the first time that an OEM has come up with this idea. GSMArena notes that Samsung was the first to use this dual screen concept in its premium smartphone Samsung SM-W2016, which offered the specs of Galaxy S6 in a dual-screen flip-phone. 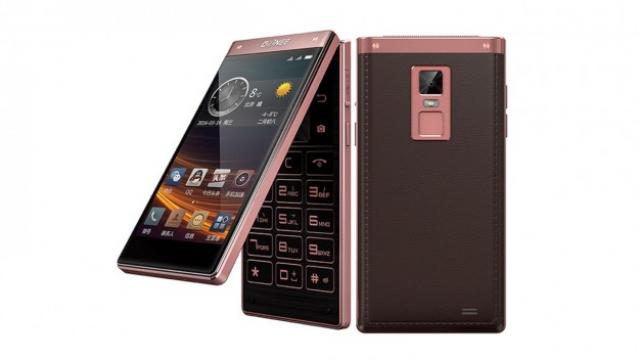 The Gionee W909 will sport two identical 4.2-inch 720p IPS displays, one inside, while the other outside. The device will be powered by MediaTek Helios P10 chipset coupled with 4GB of RAM. The device provides internal storage of 64 GB and also supports microSD cards up to 128 GB. The device comes shipped with  Android 5.1, with Gionee’s own Amigo UI on top.

The Gionee W909 features a 16 MP rear snapper and a 5 MP secondary shooter. The device also features a fingerprint sensor on the rear and has a USB Type-C port. The phone packs a 2530mAh lithium ion battery and it will be currently made available in Rose Gold and Pink colour variants.

Flipping open the device reveals a T9 numpad instead of a QWERTY keyboard. The Gionee W909 will hit the shelves in China very soon with a price tag of CNY 4,000 (around Rs 41,000).

Stay tuned for more news and updates and leave your comments below.