At MWC 2015, Gionee announced the 5.5mm Elife S7 as one of the slimmest double-SIM smartphones. The Chinese manufacturer company is sending out invites for the launch of Elife S7 next month on April 3rd in India. 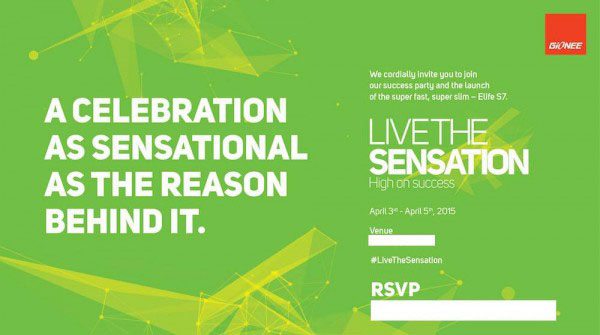 The mobile has a new sensor Hub incorporated to the SoC to be able to preserve CPU utilization and less power usage. It’s going to be offered in Maldives Blue, Los Angeles Black, and North Pole White color options.