The upcoming Mobile World Congress (MWC) 2016 is scheduled to be held in Barcelona this February. It will surely see the launch of various new flagships. Gionee has revealed its plans that it will launch its flagship device Gionee S8 at MWC 2016 on 22nd February.

A six-month-old leaked video has amazed us with the designs and overview of Gionee S8. But officially we don’t know whether it is the final design or it has been overhauled. Previous offerings of Gionee have more or less proven to be value for money. Let’s see what Gionee is offering in its new flagship device. 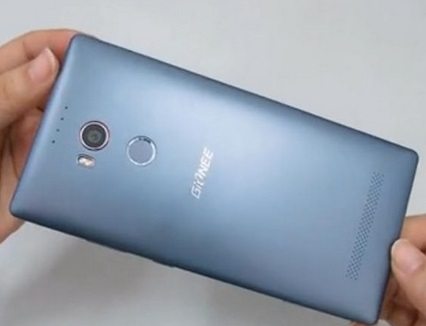 Sources reveal that the new device will boast of high-end specifications, of which pressure sensitive display  is worth mentioning. We first saw similar displays in the  Huawei Mate S. Now the  iPhone 6s and the ZTE Axon Mini are also offering the same technology. So, this might be Gionee’s new stint to remain ahead in the cut-throat category of Chinese flagships. Another addition to the Gionee S8 is ‘hassle free photo shooting’ experience. However not enough is known about this new spec yet but considering the camera experiences on previous Gionee phones and particularly the 13 MP camera of Elife S7 which introduced us to the magic mode and some very handy manual modes, we are expecting a lot from the upcoming flagship.

TENAA has revealed some of the specs of the Gionee S8. If the reports and the video are to be believed then it will be powered by a MT6795 Helio X10 octa-core chip with 3GB RAM in an all metal body. At the camera front it will have a 23MP shooter at the back along with a 8MP front-facing camera. We expect a 6-inch screen having 2K resolution. The phone will come with Android 5.0 with Gionee’s Amigo 3.0 UI on top.

Gionee is one of the very few credible Chinese brands in the market. It has already amazed us with its pocket-friendly flagships. We also hope that Gionee S8 will match its previous counterparts.