Chinese smartphone maker Gionee’s Marathon M5 has become quite popular due to its great specs, especially the huge 6,020mAh battery. The Marathon M5 Lite was announced just last month, and now the company has officially unveiled the Gionee Marathon M5 Mini. This mini version of the phone comes with a 5-inch HD screen and is powered by a Mediatek MT6580 chipset. It gets 2GB of RAM and 16GB of expandable storage. 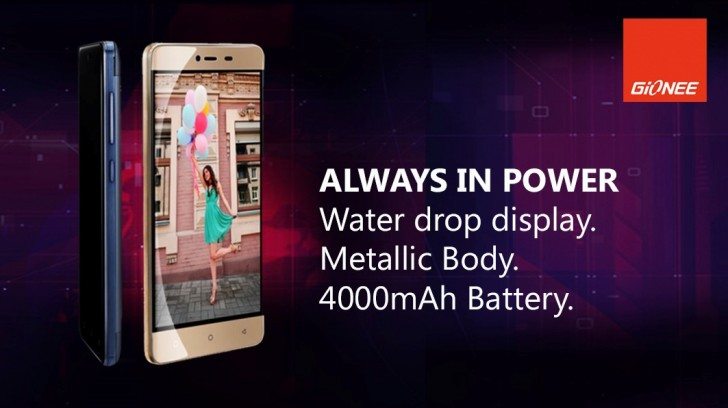 The Gionee Marathon M5 Mini, just like the others in the M5 family, also gets a large battery with 4,000mAh capacity. Talking about the camera, the Mini gets a 5MP selfie snapper and an 8MP rear shooter. The dimensions of the phone are 143.5 x 71 x 9.6mm, and it runs the Amigo UI 3.1 based on Android 5.1 Lollipop. Connectivity options in the phone include Wi-Fi, Bluetooth, GPS, and 3G.

Gionee’s Nigeria Marketing Director Somoye Habeeb commented on the launch by saying, “Gionee focuses on innovation, efficiency and affordability in ways that other brands don’t. Having received a warm reception from the Nigerian market when we introduced the Gionee M5 a few months ago, Gionee is following up with the M5 Mini.”

“The Gionee M5 Mini as the name implies, is a compact version of the M5. It is just as effective and stylish, but more affordable. It can be considered a sequel to the highly durable M5, and is the latest phone to be released in Nigeria,” he added.

The price and availability details for the Marathon M5 Mini are still unknown, but we guess the phone should go on sale soon via online portals.