As a part of the Make in India initiative, the Chinese smartphone manufacturer Gionee launched its first ‘Made in India’ smartphone called the Gionee F103. The device was manufactured by Foxconn at its India plant in Sri City, Andhra Pradesh. The company has sold up to 7 million devices in India till date, and plans to double the sales with domestic manufacturing. 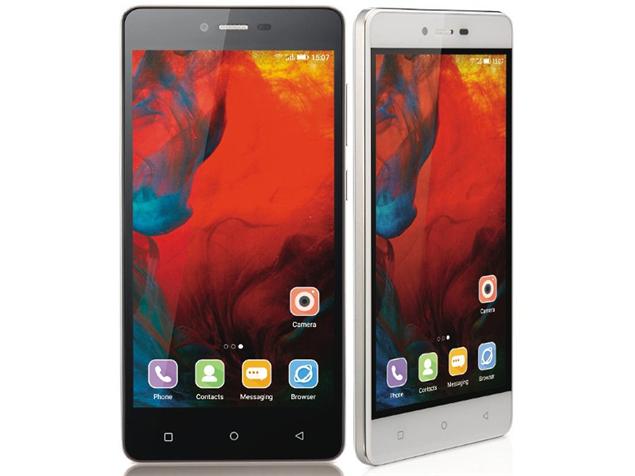 The phone was launched by Chandrababu Naidu, Honourable Chief Minister of Andhra Pradesh. In a statement, he said: “I am really happy to welcome Gionee in Andhra Pradesh. We will ensure that the company faces no hurdles in its Make in India initiative and will provide all the support,” said the Chief Minister.

“By 2020, electronics and hardware demand will be worth $400 billion in the country. Mobile phones will account for 38 per cent of this hardware demand. With so many companies starting their manufacturing journey in Sri City within a year, going forward I can assure Andhra Pradesh will become the hardware manufacturing hub. We are aiming to create the best ecosystem for local manufacturing with special emphasis on the necessary skill development,” added Mr. Naidu.

Both the company’s India head and President spoke to the press and were indeed proud of the venture. They said:

“Going forward we are looking at nurturing a local ecosystem for hardware manufacturing. We are helping several vendors to come to India. We have already invested Rs 300 crores in local manufacturing and will invest more in future to boost R&D for local software,” said Arvind Vohra, Country CEO & MD, Gionee India. The company will be investing $50 million over next three years for its Make in India plan.

“We would be working towards making India a manufacturing hub for not just local consumption but also for nearby countries. Also, with local manufacturing, we are now keen on making India centric products,” said William Lu, President, Gionee.

As we delve into the specifications of the device, we find that the Gionee F103 features a 5-inch 720p HD IPS display with Dragontrail glass protection. It has a 64-bit 1.3GHz quad-core MediaTek MT6735 CPU with 2GB RAM and 16 GB internal storage, further expandable to 32GB through a micro-SD slot. The support for 4G LTE gives it an added advantage. The gadget runs on Android’s Lollipop OS and has Gionee’s custom Amigo 3.0 interface.

On the camera front there is an 8-megapixel rear camera with a 5-megapixel front shooter for selfies. Battery is at 2,400mAh. There are two color variants, namely Dawn White and Black. The device is priced at INR 9,999.