A new Gionee phablet, called the Gionee Elife S Plus, is going to be launched in India soon. The company has teased the phone on its official Facebook page, while the PhoneRadar guys have already managed to get a few press materials along with a live unit of the phone.

The Gionee Elife S Plus will sport a 5.5-inch AMOLED screen covered by Gorilla Glass 3 protection. Under the hood, the phone will feature a MT6753 SoC with an octa-core CPU accompanied by a 3GB of RAM. There’s a 16GB of storage and is further expandable via a microSD slot. At the rear is a 13MP camera assisted by a single-LED flash, and the front houses a 5MP selfie snapper. A 3,150mAh battery keeps the phone running, while the charging and data transfer is done through a USB Type-C port. 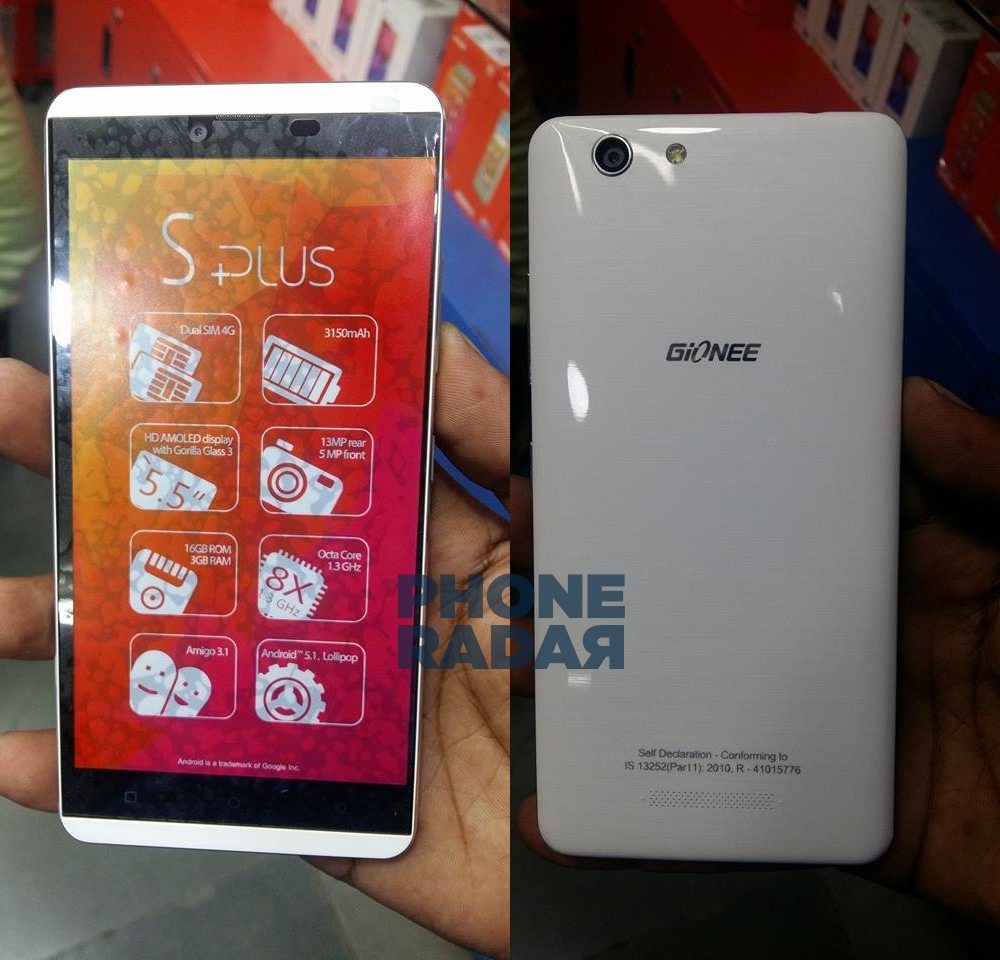 The Gionee Elife S Plus will run on Android 5.1.1 Lollipop out of the box with Gionee’s Amigo OS 3.1 over it. The phone will be LTE-enabled and will sport dual SIM slots. Priced at INR 16,999 (approx. $260), the phone is expected to launch in India soon.