In couple of weeks from now Gionee is anticipated to launch its Elife E8 smartphone at an event to be hosted in Beijing, China. Gionee’s Elife E8 has made quite a buzz in last few weeks, wherein pictures are getting leaked one after the other. On May 23, we have shown you the flip-side image of the mobile, now it’s time to show the face also. In the below picture, one can see both the front and rear of the smartphone. As well, we can make out that smartphone will be enclosed in a bezel-less metal body with the speaker grille at the rear bottom. 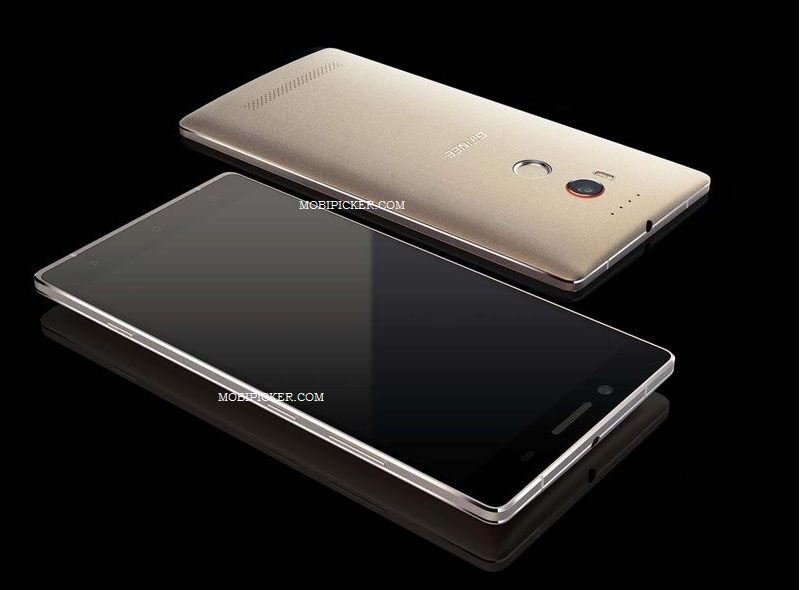 In terms of Specs, it is presumed to have a 6.0-inch QHD AMOLED display with 2560×1600 pixels. Elife E8 has an octa-core 2GHz processor powered by MediaTek MT6795 chipset and houses 3GB of RAM along with 32GB expandable internal storage, and a 3,520mAh battery. Elife E8’s rear camera is already a talk of the town with features like lossless zoom with 23MP rear camera capable of producing images upto 100MP and boasting to be world’s faster than fastest. Selfie lovers can also get the better images with 8MP front snapper.

Gionee Elife E8 has also included the fingerprint scanner, which is placed on the rear below the camera sensor, which can also be seen in the above flip side image. Running on Android 5.0 Lollipop it will have Amigo 3.0UI and will support LTE connectivity also. It measures 164.0 x 82.3 x 9.6mm and weighs 207g.

After obtaining the TENAA certification on May 6, Gionee Elife E8 is expected to be launched on June 10 as per the rumors mill.