Radeon RX 460 is the lowest power member of the Radeon 400 family. This is also the smaller of the two Polaris GPUs and is touted as a low-power desktop star. RX 460 will ship with 14 CUs enabled. With 896 stream processors enabled, the base fclock of RX 460 will clock slightly aggressive (1090MHz) compared to RX 470 (925MHz) while the boost clock is the same at 1200MHz. The RX 460 comes equipped with two options for memory – 2GB and 4GB GDDR5 clocked at 7Gbps. When it comes to power consumption, this card stands apart. Rated at sub-75W, this will cater to an important market segment for GPU vendors.

It is touted as the best bet for AMD in the low power segment, considering what happened to AMD when NVIDIA introduced the Maxwell architecture. The RX 460 is not as aggressive about performance as other Polaris cards. This is expected because of the sub-75W spec. AMD expects RX 460 to be a strong contender in the low power market and views it as a suitable upgrade for gamers who are in the process of upgrading from iGPUs.

If you are looking to buy the RX 460, the Gigabyte RX 460 Windforce and the Asus Dual are worth considering. The ‘Dual’ in Asus Dual means that there are two fans, it does not refer to a number of GPUs. The number of GPUs is still one. Priced at a decent range and good at performance, these two offer the best of both worlds.

As reported by overclocked.net, below are the specifications of AMD’s RX 400 series of GPUs, including ASUS’ RX 460 Strix Gaming –

Let us know which variant of the RX 460 you prefer best. 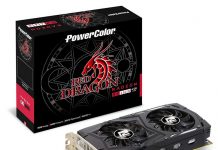 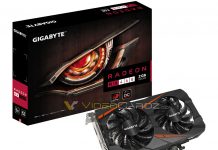 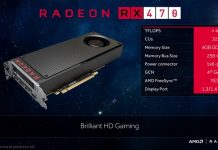