Those of you waiting for the Gigabyte GTX 1080 Ti Aorus Extreme Edition 11G, good news. The Taiwan-based hardware manufacturer has released images of the forthcoming custom GTX 1080 Ti.

In terms of design, the new model looks by and large the same as the GeForce GTX 1080 non-Ti. It comes with triple slots, as well as triple-fan (Windforce) cooler along with RGB lighting. The only major difference you can spot is the absence of a dual HDMI port on the side (we are talking about the so-called VR-Link). Rather, there is only one HDMI port. Although, I/O bracket now carries two HDMI ports, meaning that the VR-Links is still pretty much there. 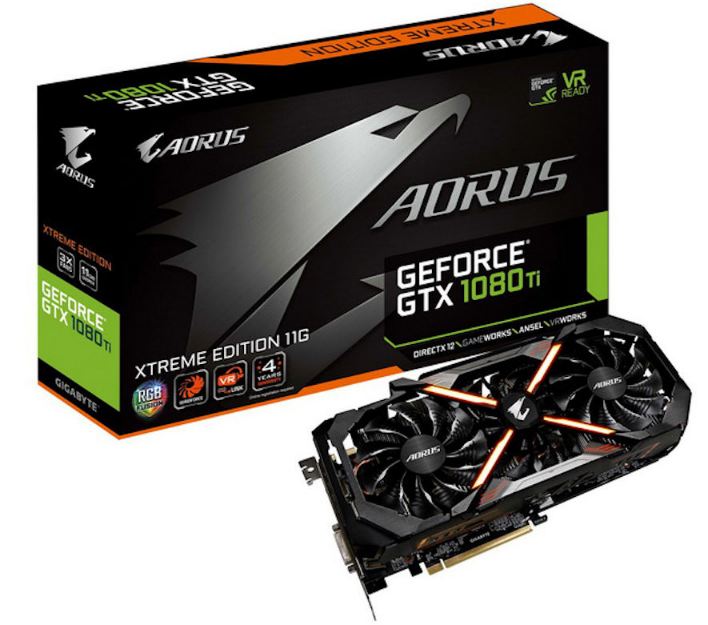 Overall, the card carries as many as six display connectors, including a couple of HDMI, two DisplayPort, one HDMI, and one DVI.

Since only a select few renders have been made public as of yet, we have a lot more to learn about the power circuit on the custom board. The same can be said about the clock speeds which are going to be higher compared to most factory overclocked cards.

According to rumor mills in China, the AORUS GTX 1080 Ti XE will hit store shelves sometime in mid-April. If you are planning to get yourself one, prepare yourself for some generous spending as the product won’t come cheap.