After a whole month of the Beta version, the most anticipated Ghost Recon Wildlands is finally out globally today. The game is launched on PS4, Xbox One, and PC platforms and is being hailed with overall positive reviews. 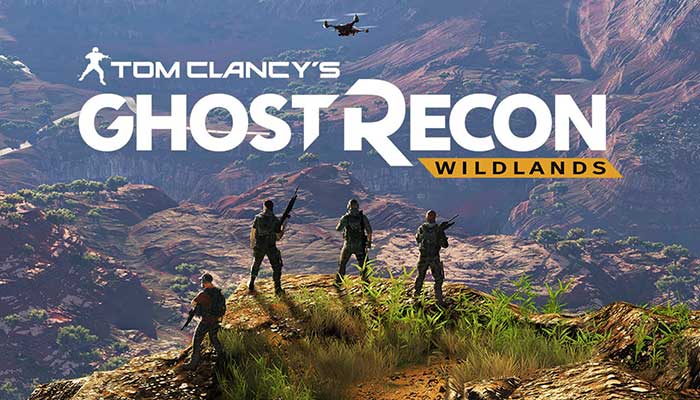 The game’s beta version was played by over 7 million players worldwide and it surfaced as Ubisoft’s most successful Beta ever created. The new reviews have definitely paved the way to success and it is being seen as Tom Clancy Series’ most successful titles ever. The game has a very positive review result at Metacritic with a score of 84 percent.

On GamesRadar, Ghost Recon Wildlands has an overall score of 4.5 out of a total of 5. According to GamesRadar–

“Wildlands is an Open-world game in every sense of the word, with complete freedom of movement and frequent clashes with both cartel members and nefarious local law enforcement, which also happens to be extremely corrupt.”

It was also stated on Gamesradar that “The sense of scale in Wildlands never ceases to impress, but that ambition can also cause some headaches. The world map is absolutely massive, and although the exact measurements haven’t been revealed. It’s clear that it puts Grand Theft Auto 5 to shame. That’s a heck of an accomplishment.”

“My Only Real Issue with Wildlands: It’s too ambitious for its own good. Ubisoft has repeatedly said that this is the biggest open world game it’s ever made, and it truly is a stunning achievement as a final product, but the sheer size and depth of every aspect of the game has left many, many crevices for bugs to creep in.”

Another statement was made on Gamesradar that said “None of those recurring glitches or other, one-time bugs I experienced were game-breaking, and most of the time they resulted in a fit for laughter rather than actual frustration.”

“A stunning open world, brutal combat, and deep customization combine to bring Ghost Recon roaring back from the dead.”

Ghost Recon Wildlands gets a score of 4.5 out of 5 on Time. According to a number of reviews on Time –

“What most worried me – because it’s a problem in so many other Ubisoft games – was that the A.I. would eventually bore me. (Trying different things over and over and getting the same results isn’t the definition of insanity, but it can leave you stultified.)”

“Thus far opposite is true of Wildlands. Just when you think you’ve figured out how to catch the game in a loop, it throws something new at you.”

“Like spotlights (with switchable power junctions) that make you more visible at night. Or compounds that jam your drone’s signal, rendering it useless (and you tactically blind). Or agitated enemies who become relentless hunters as well as wicked smart shots at sniper distances.”

“Or the withering assaults from mortars, helicopters and surface-to-air missiles that will send even the ablest players scrambling to retreat.”

On God is Geek, Ghost Recon Wildlands has a score of 9 out of 10. According to the reviews on God is Geek –

“It’s amazing just how impressive Wildlands is, both mechanically and technically.”

Another review says that “the weather conditions as gorgeous; thunderstorms on the horizon look stunning, and the red sun reflecting off the wet ground another small but surprisingly nice visual effect.”

One reviewer on God is Geek said that “I’ve had no real framerate issues, and for saying this world is so big, I never noticed any texture popping whatsoever. Ubisoft Paris has made a fantastic game, from the depth of customization and wealth of missions, right up to the excellent co-operative experience.”

On GameSpot Ghost Recon Wildlands gets the positive reviews. Following are some of the reviews.

“In 10 hours I’ve spent on the road to liberate Bolivia of El Sueno’s rule, I’ve unlocked 20-percent of the map. As I’ve slowly made my way through the hit list of underlings. I’ve been curious about the risks of sticking to the critical path, and whether there’s such as thing as being underleveled in Wildlands.”

“That said, it’s been easy to take brief detours to earn extra experience and skills, thanks to the added efficiency of my teammates, AI-controlled or otherwise.”

According to another review of Gamespot, “Whatever path my journey takes, I know it will involve more diversions to earn extra abilities, the takedowns of the boss’ lieutenants, and the elimination of El Sueno himself, which I estimate will take an additional 30 to 40 hours. Stay tuned for full in the coming days.”

Ghost Recon Wildlands: TAR-21 Location and How To Get Best Assault Rifle