It seems that rumors telling how Nvidia is planning to release GTX 1060 ahead of schedule were correct since today first specifications of the new card appeared online. GTX 1060 will launch in July, and if rumors are true, the exact date of launch should be July 7th. 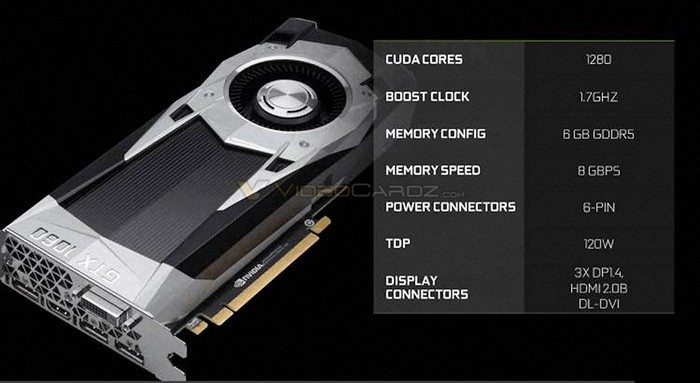 Videocardz.com reports that the most important details include 1280 CUDA cores, 6 gigs of video memory, and a maximum compute performance of 4.4 TFLOPs. TDP rating is just 120W, much less than RX 480 which has a TDP rating of 150W, but some reports suggest that it can go a bit higher. The bus interface is 192-bit, and the card will pe powered with one 6-pin power connector. GTX 1060 will have 3xdisplay port 1.4, one HDMI 2.0B and one DVI connector. 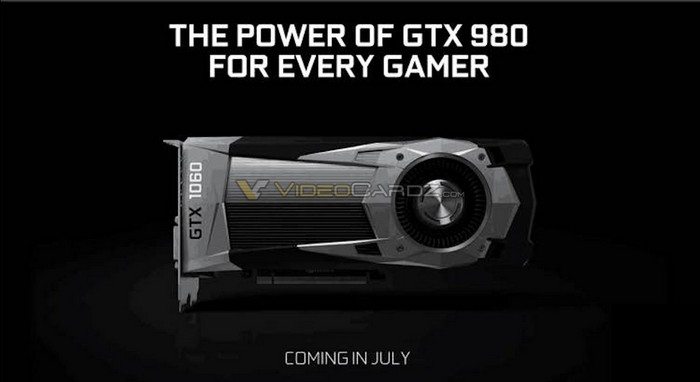 NVidia markets GTX 1060 with a tagline “The Power Of GTX 980 For Every Gamer,” hinting that the price of the new card should place it in mid-tier, below $379 GTX 1070, we expect the price should be somewhere around $300, probably a bit lower since AMD really did an excellent job with $240 RX 480. 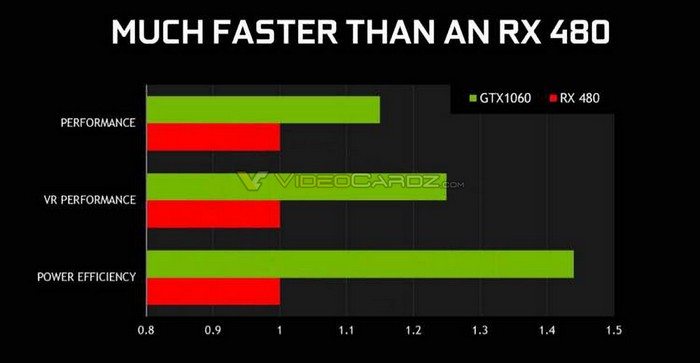 Leaked pictures of the card, which appeared online a couple of days ago were accurate since card design is exactly the same as it were in said photos. NVidia also released a graph showing that GTX 1060 is “much faster” than RX 480, but we’ll wait for official benchmarks before believing that claim. You can see a detailed comparison of GTX 1060 and RX 480 below.