MobiPicker
News Games Gears Of War 4 Release Date: Website Enters Countdown Mode, April 11...
Share on Facebook
Tweet on Twitter
Deal Alert: 49% Off on ExpressVPN
Touted as #1 VPN in the world, ExpressVPN is now offering 49% off & an additional 3-months of service on its annual plans.

The developer of “Gears of War 4”, The Coalition and publisher Microsoft have some great news in store. It’s so big that the official website for Gears of War now bears a countdown for the news, which will be revealed on April 11th for the upcoming Xbox One sci-fi shooter sequel. 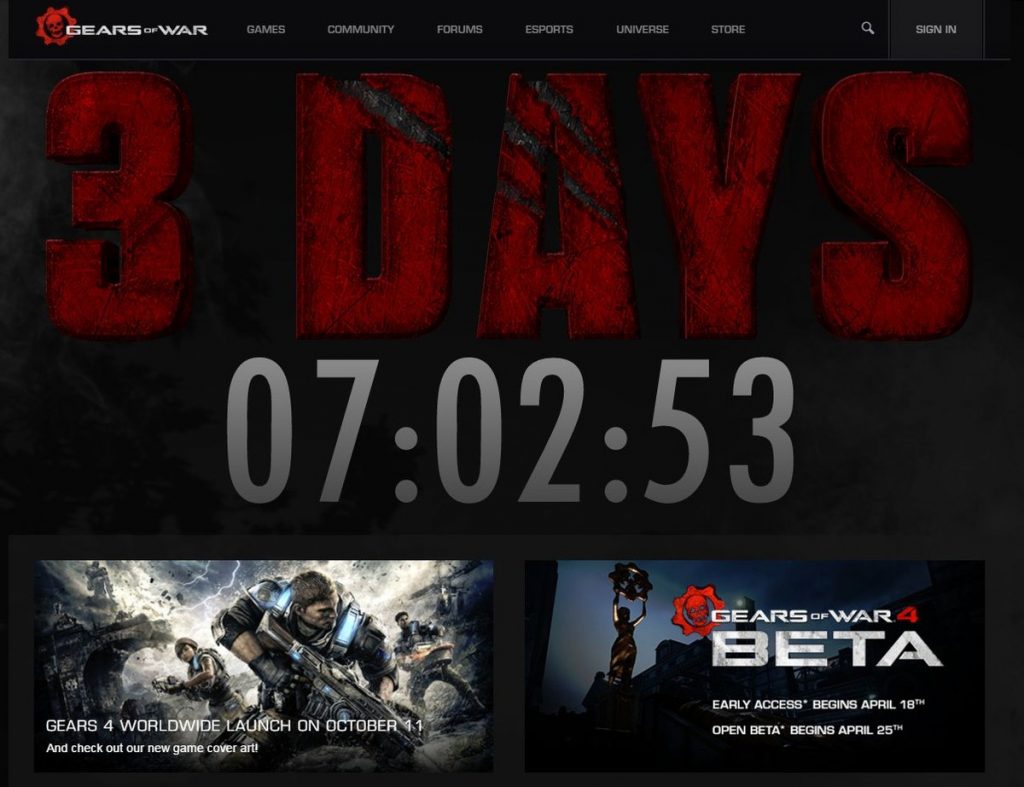 Adam Fletcher, Gears of War’s community manager posted about the website countdown on his twitter account. He hinted that this announcement is going to be something of a surprise:

You guys have no idea what is coming… but it is going to be amazing! #NoReason#ThreeDays#GearsofWar
https://t.co/KRVRrCClu5

The official release for the game is scheduled on October 11 with the closed beta test for Gears of War 4 starting. The secret will be unveiled one week before the closed start, followed by an open beta later in April.

For those who don’t know, Gears of War is a video game franchise created and originally owned by Epic Games, developed and managed by The Coalition, and owned and published by Microsoft Studios. The Gears of War 4 game’s plot will be set 25 years after Gears of War 3 and focus on JD Fenix, the son of Marcus Fenix.