“Game of Thrones” Season 7 behind-the-scenes teasers has just been released by HBO. The teaser gives a sneak peek of things that are happening during the shoot including some shots featuring Daenerys Targaryen which is being played by Emilia Clarke. Check out more updates!

According to Express, Sam Conway, the special effects supervisor revealed the way he has planned the execution of scenes. The supervisor said that he aims to shoot more scenes such as the Mother of Dragons coming out of a burning hut or the Season 5 battle at Hardhome.

Giving details about his responsibilities Conway said that they are ever ready to handle everything including gas, water, the wind, smoke and even pyrotechnics. According to the supervisor, they are used to handling everything from blood, snot to engineering and anything anyone can imagine is a part of their trade. 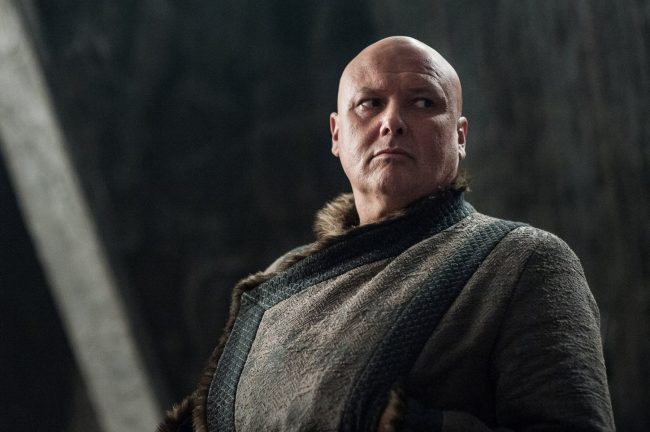 “Game of Thrones” Season 7 teaser clips reveal that this time along the team will be handling more things related to the fire. It also indicates one thing that Daenerys will not be holding back when it comes to standing against her enemies.

The teaser shot reveals actress Emilia riding a makeshift dragon. She is wearing a new red leather dress whilst the fire-breathing creatures are attacking the ship.  Another shot shows Alfie Allen as Theon Grevjoy watching something burning at a distance and looking puzzled.

The overall “Game of Thrones” Season 7 one-and-a-half minute video indicates that Sam and his team were pretty busy during the shooting. In a previous report, the stunt coordinator of the show Rowley Irlam stated that the show broke the record for setting most people on fire.

Fans were aware that Lord Beric Dondarrian (Richard Dormer) will be returning to the show. But the recently released crop of photos in the subreddit Free Folk have confirmed it, reports TV Guide. Watchers on the Wall, a fan site has reported that gravemaster7, a Reddit user has obtained the pictures from the news site in Slovenia.