It took the world a few days to come to terms with the fact that Samsung Galaxy Note 7 phones would explode just like that. Note 7 explosions have become a major embarrassment for the Korean giant. From personal safety concerns to collective safety on airlines, Samsung Galaxy Note 7 posed a serious threat. The Federal Aviation Administration issued a statement advising users to not use their Note 7 on airplanes. Soon, Samsung entered “damage control” mode and began recalling all Note 7 devices. In what seemed like a desperate move to control reputation damages, Samsung started offering replacements and gift vouchers for turning in Note 7 and accepting the exchange offers. With no clear strategy and systems in place put by Samsung, people the world over were left confused. People are now wondering which Samsung smartphone is safe and which isn’t. The whole episode has caused Samsung serious reputation damage and the whole “quality” image associated with Samsung brand has been washed away. It will probably take Samsung several years to recover from the damage caused by Note 7 explosions.

As Black Friday and Christmas draw closer, Samsung’s retail dealers are offering impressive deals and offers on Samsung’s flagship Galaxy S7 and Galaxy S7 Edge devices. So as to clear all confusion regarding the safety of its flagship device and reinforce the quality image carried by Samsung brand, the company has released a statement reiterating that Galaxy S7 and Galaxy S7 Edge devices are completely safe. Some isolated events of issues with S7 and S7 Edge have been noted, but the root cause wasn’t related to battery issues. So by and large, S7 and S7 Edge remain safe. In its statement, Samsung emphasized the company stands by the principle of “quality and safety of the Galaxy S7 family” and that there “have been no confirmed cases of internal battery failures with these devices among the 10 million plus devices being used by consumers in the United States”.

Samsung stands behind the quality and safety of the Galaxy S7 family. There have been no confirmed cases of internal battery failures with these devices among the more than 10 million devices being used by consumers in the United States; however, we have confirmed a number of instances caused by severe external damage. Until Samsung is able to obtain and examine any device, it is impossible to determine the true cause of any incident.

By pushing deadlines and trying to get the market share well before iPhone 7 launch, Samsung asked its engineers to meet the deadlines at any cost and get the Note 7 up and running one month before iPhone 7 launch. The last minute rush and engineering deadlines probably resulted in Samsung not conducting adequate tests for ensuring the safety of the battery. The Note 7 without battery explosion would have been a serious competitor to iPhone 7. But it just wasn’t meant to be. With Galaxy Note 7 out of the scene, Samsung is counting on Galaxy S7 and Galaxy S7 Edge to meet its revenue targets this year.

If you are convinced that its safe to buy S7 and S7 Edge, BestBuy is offering impressive deals for these devices, ahead of Black Friday. You can exchange your existing device for a Galaxy S7 or S7 Edge, with gift cards up to $450. If you don’t want to exchange and just wish to buy S7 or S7 Edge, you get to have $250 gift card. As the event draws closer, more offers are likely to be announced. So the Galaxy S7 and S7 Edge are safe, after all. 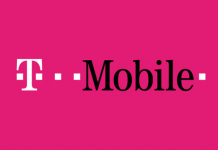